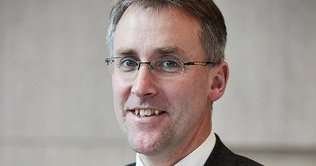 Spies at the Government Communications Headquarters (GCHQ) have called an emergency summit with Britain’s political parties after warning them that the next general election is vulnerable to cyber attacks by the Russians….reports Asian Lite News

In his letter, Martin said: “You will be aware of the coverage of evnts in the United States, Germany and elsewhere reminding us of the potential for hostile action against the UK political system.”

He called a “technical seminar” on cyber-security for politicians.

“This is not just about the network security of political parties’ own systems. Attacks against our democratic processes go beyond this and can include attacks on Parliament, constituency offices, think tanks and pressure groups and individuals’ email accounts,” Martin said.

Experts at GCHQ have made protecting the political system from foreign hackers as “priority work”.

They fear that Kremlin-backed hackers could steal and leak internal emails or publish private databases of voters’ political views in an attempt to damage the standing of political parties with the public, according to the report.

A senior government source said GCHQ would help with the security of “personal datasets, including the electoral roll and voter identification data”.

Security officials stepped in after Russia was accused of helping Donald Trump win the US presidential ­election by hacking and publishing 20,000 emails from the rival Democratic Party.

Russia was also accused of infiltrating the German Parliament’s computer network in 2015.