UK Yogis will join world at 6.00 am on 13 June in a first-ever event to prove that the ‘ Sun Never Sets on Yoga,’ reports Asian Lite, leading and popular newspaper among British Asians in UK.

The 13 June event ‘ Sun Never Sets On Yoga ‘event, organized by The Art of Living worldwide , will witness thousands of yoga enthusiasts in 108 cities- UK cities included-  gather in front of a popular landmark and salute the rising sun with the power-packed sun salutations.

In UK different cities London (at Wembley Park, Tower Bridge, Primrose Hill), Manchester (near MU stadium), Doncaster (scenic park with the Cusworth House in the background), Belfast, Edinburgh (Calton Hill) , Leicster (Victoria Park) Oxford will participate at iconic landmarks at 6.00 am sharp  informs Bhavini Vyas, Art of Living National Coordinator, UK. This is setting stage and preparation for the 21 June which will be celebrated as the UN International Yoga Day. 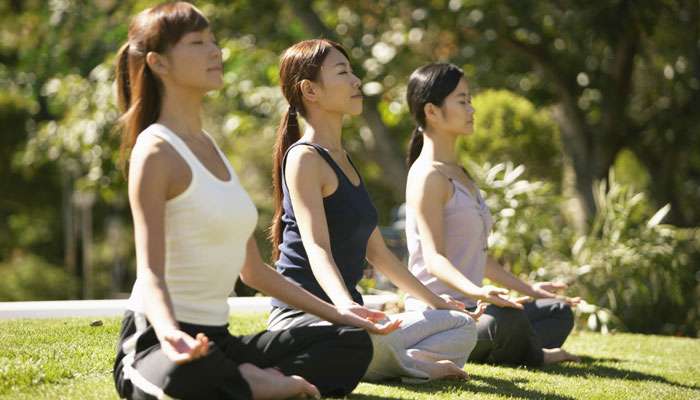 Effectively, there will be someone doing yoga in some corner of the world at all points of day! She says. Excitement is mounting and there is tremendous energy which shows and reflects on the relevance and benefits of yoga today, Bhavini points out.

Come June 21, ‘Yoga’ will be the catalyst to dissolve all boundaries as 3000 locations around the globe will become One by the practice of Sun Salutation, a basic yoga sequence to commemorate The International Day of Yoga.

In 100 cities in United States, to Australia, an estimated 5 million people will roll out their yoga mats to mark the occasion, which has found resonance all over the world.

“Yoga has today become synonymous with relaxation, happiness, or a creative mind. The world is embracing it as a skill to enhance the quality of life. We want to reinforce this on the International Day of Yoga,” says Sri Sri Ravi Shankar.

“The International Day of Yoga is a big moment for us. We have been teaching authentic and comprehensive yoga for the last 35 years all over the world. We are having so many events in so many countries goes to prove that yoga is truly universal and its time has arrived” shares Kamlesh Barwal, Global Head, The Art of Living Yoga.