Police officers were attacked and stock was thrown around during a protest against the Gaza conflict at a Tesco store on Saturday. Demonstrators, who want the supermarket to stop selling Israeli food, entered Tesco in Hodge Hill, Birmingham, threw produce to the floor and shouted at staff and shoppers,” the Telegraph said. 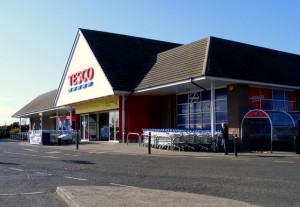 Pictures show a large number of police officers at the scene and stock strewn across the floor of the store. West Midlands Police said one person was arrested for assaulting its officers during the protest, the report added.

Speaking on social media, a customer said: “I was just in the Tesco in Hodge Hill, scanning my items and I heard chanting. Then a group of Asian men holding Palestinian flags came walking in and starting to push products over and getting aggressive with staff and shoppers. Police officers tried to stop them but I ran out.”

About 100 people had gathered outside the store to demonstrate, calling on Tesco to stop all trade with Israeli agricultural companies.

A spokesman for West Midlands Police said: “Our officers dealt with a protest at Tesco Hodge Hill this morning where some disorder was repoted. One arrested for assaulting police. The protest was largely peaceful among the 100 protesters but some began throwing stock inside Tesco store. Two escorted from premises.”