Winners for the 6th British Indian Awards 2018 presented by CashFinex have been revealed after a glamorous, black-tie awards ceremony was held on the 11th of July at The St Johns Hotel in Birmingham.

The awards acknowledged and rewarded the efforts of the British Indian community across sectorsranging from Entrepreneur of the Year to Best in Creative Industries.

The eventis run yearly by Oceanic Consulting, the UK’s leading ethnic consulting and promotions organisation in the UK, who were shortlisted at the Asian Media Awards 2017 for their work in the Marketing & PR Sector and are responsible for some of the most successful and well known events in the country such as the English Asian Business Awards and English Curry Awards amongst others. 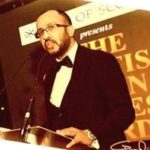 “We are so glad to see that the 6th British Indian Awards grow year on year with the diversity of the categories also increasing as British Indians are now integrated in even more sectors.”Irfan Younis, CEO of Oceanic Consulting said.

This awards ceremony is also part of the Diversity Awards group which provides a platform for and celebrates the achievements of ethnic minority communities throughout the UK and is responsible for The British Muslim Awards which has been running for the last six years.

The evening also helped raise £355 for official charity partner, Magic Bus. Magic Bus works with over 400,000 young people right across India, taking them on a journey from a childhood of poverty to a fulfilling life with a great future. They use a unique blend of activity and mentoring to help young people living in poverty to complete their education and succeed in the workplace.

With 24 awards presented on the night, the winners are as follows: