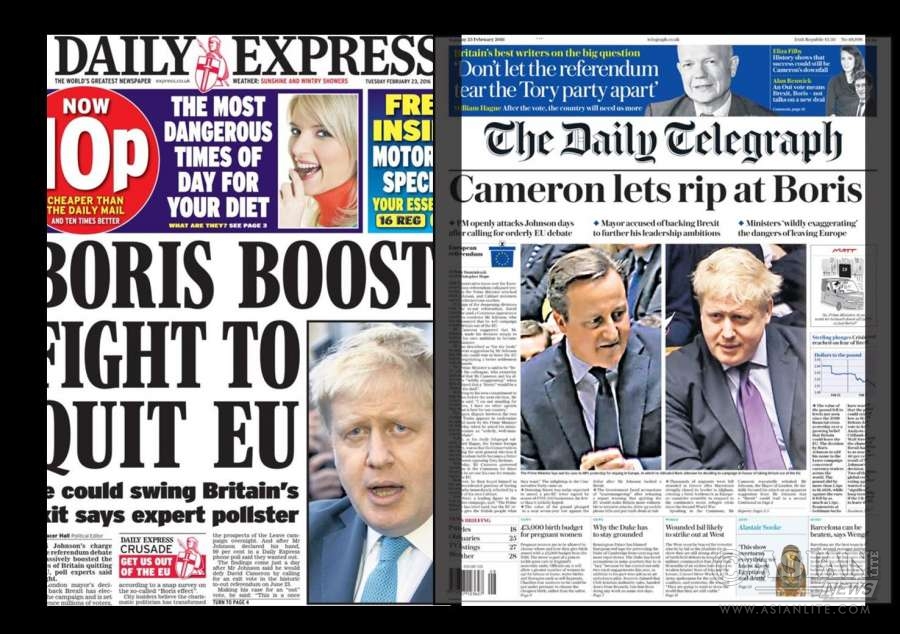 Asian Lite Newsdesk compiles the best front pages from Britain’s national and local newspapers. As expected, the front pages were dominated with the In/Out battle. The prime minister performed well at the PMQ in Parliament. The charismatic London mayor struggled to regain his aura with the delay in coming OUT. The clash in Parliament was the big news for all the major newspapers