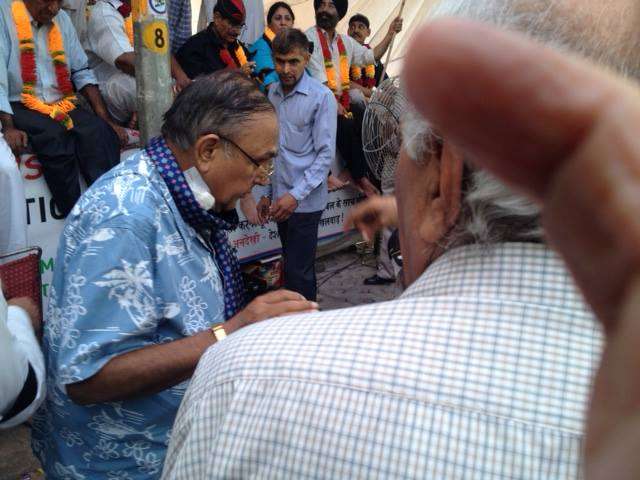 Where are all the righteous media pundits who were talking about Bravehearts and martyrs and the wonderful men in uniform whom we all love so much and come on, Mr Prime Minister, give them their money.

Gone to the murder site I guess as a nation is pushed to reluctantly get vicariously involved in the Mukherjea horror film at the expense of everything else.

I say what happened to the Ex-servicemen’s 76 day old protest.
Even the public has gone off the boil.
What about the two men in hospital following their fast unto death.

The ten day ‘cooling off’ period is over.
The PM did not give them an audience.
A delegation met the army chief but there was no magic. 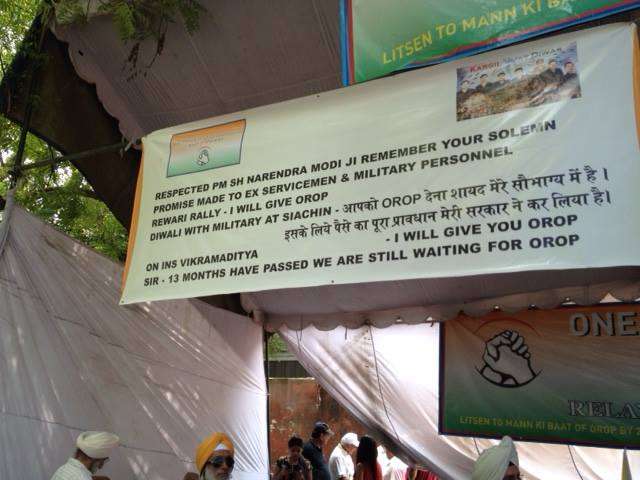 The Defence Minister met the PM and there was a flicker of hope that something was up. Zilch. It fizzled out.
The papers wrote that the PM was on the verge of making the announcement. If you stay on the verge for so long you are not on the verge.
Nothing happened.

And all this unnecessary disaffection at a time when the NSA talks have failed, there is sufficient sabre rattling on the border, there is firing every day and night and the monsoon is receding as both nations move towards the winter months when conflict is easier because you can move your armour over the river beds.
What are we doing?

Showing indifference to those who fought the wars and gave up their lives or came back with the scars of battle.
Does it make sense. Even we the public who were so gung ho about this support two weeks ago are now have the enthusiasm of a wet noodle.
Those old guys with those funny medals can sit there under the sun in Jantar Mantar and yell till their hoarse…not enough of us to do you reverence,Sir.
Not enough.
You want to take this picket, you will have to show the guts and the stamina and do it on your own.

THE OFFICER IN THE PHOTOGRAPH IS OF COL ANIL KAUL WHO WAS GRIEVOUSLY INJURED IN THE WAR AND NOW SOLDIERS ON AS THE PR FOR THE OROP CAMPAIGN. THE SIGN SAYS IT ALL.