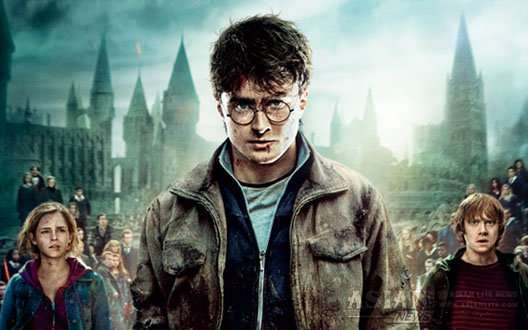 The lightning scar of Harry Potter is the most recognisable symbol of the character from the popular novels in India, a survey reveals.

This weekend, “Harry Potter and the Cursed Child” – a new play based on an original story by J.K. Rowling, Jack Thorne and John Tiffany – will be staged in London.

Going by the Harry Potter mania, Crossword Bookstores conducted a poll among its readers about the most recognisable Harry Potter symbol, over the years. The options were: The dark mark, the Deathly Hallows, the lightning scar, Platform 9 ¾ and the sorting hat.

The poll was open to children aged 9, all the way upto customers who are 30 years of age. Over 650 children were polled in two weeks’ time.

The winner was the lightning-shaped scar on Potter’s forehead. As many as 34 per cent of the respondents polled for this as the most enduring symbol from this much-loved series, read a statement.

Kinjal Shah, CEO, Crossword Bookstores said: “We did the poll to understand the kind of impact Harry Potter has had in India in the run up to the launch of the eighth book. And on the day of the launch, loyal Harry Potter fans will be able to enjoy Potter treats like butterbeer, hot cocoa, lightning scar cookies, and sorting hat cupcakes that we have created in partnership with Moshes.

“We’ve also put up a selfie-wall on a replica of the Hogwarts castle. This marks the launch of a whole new series, and we are excited about the same.”