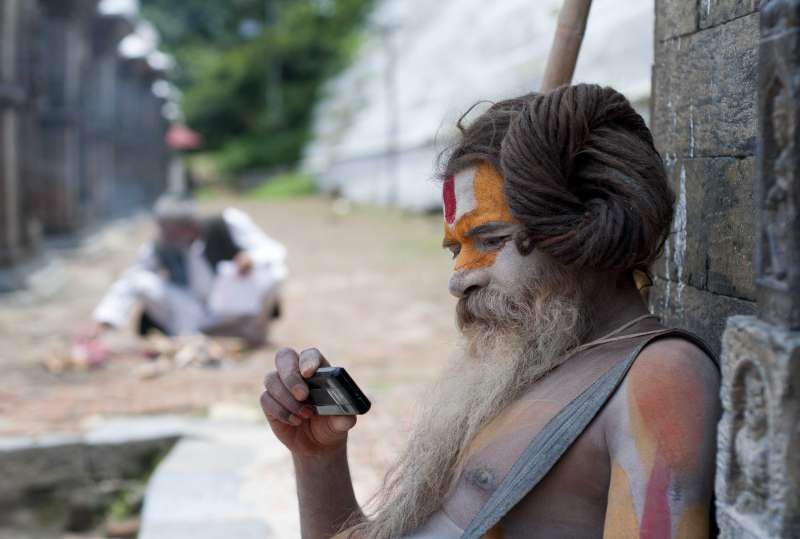 Linda, an anthropologist researcher, has lived and travelled extensively within India. She is an expert on Indian culture known for her comprehensive study on Jainism.

Dreadlocks Story is the first and only documentary to explore the spiritual links between Jamaican Rastas and Indian Sadhus. A form of self-expression born from colonialist oppression, dreadlocks are a symbol of perseverance from an often misunderstood cultural movement. The film not only reminds audiences of the rich cultural and ethnic heritage of Jamaica’s people, but also speaks to the similarities between the experiences of Africans in the transatlantic slave trade and Indian laborers forced into servitude. 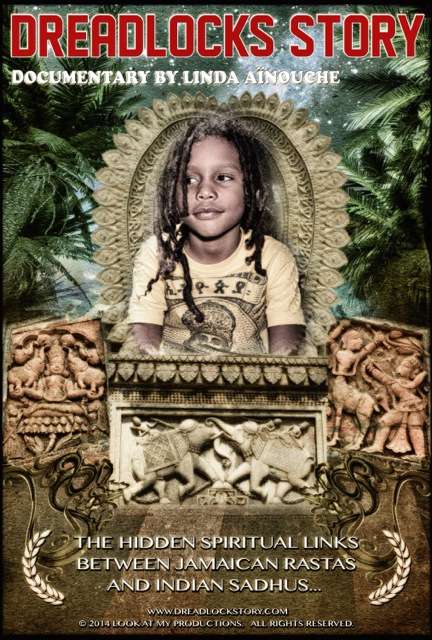 The documentary was filmed in four countries (France, India, Jamaica and the US) with four different languages (French, Hindi, Jamaican Patois and English) and four local crews. It covers a part of Jamaican and Indian history. It also gives a new approach to sensitive topics about beliefs and taboos.

There are many misperceptions and judgments about the Rasta way of life, but few have taken the time to understand the meaning behind their behaviour. Hairstyle is the most universal and unavoidable form of body art. It is also one of the most interesting and commonly misunderstood. How and why can it be subject to prejudice and massacre?

If most defend an African heritage, why did the first Rastas mingle with Hindus?

The uplifting Rasta movement began as slavery progressed. Rastafari
pledges a response to African heirs to recover and rebuild their culture suppressed by brutal stultifying European domination. Within this context, it is an attempt for the survival of African culture and an up-front anti-slavery, anti-colonial and anti-imperialist struggle. The British colonists ruled in Jamaica until 1962 and in India until 1947, slavery ended in Jamaica in 1838 and Indian workers were brought to the island from 1845 to 1917.

Both Afro-Jamaicans and Indians were kidnapped and sent to work on sugar and banana plantations throughout Jamaica where they created positive relationships through their common oppressive hardships. The role played by Indians in Jamaica reminds us that enslaved people have not come only from Africa…What is the original and unique way of life arising from the cross-cultural mixing between the sons of African slaves, as well as African and Indian forced workers“under contracts”in the plantations?

Leonard Percival Howell, known as the First Rasta was the pioneer to speak about Rastafari (1932). He empowered and promoted the belief that everyone is divine and equal through the figure of the Emperor Haile Selassie I of Ethiopia. His first followers were mainly very poor, mentally persecuted people. Jailed for two years by the Colonial Government, Howell wrote a pamphlet (1935) under a Hindu pen name, which unveiled relevance between the lifestyles of Rastas in Jamaica and Sadhus (Hindu Holy men) in India.

In 1939, Howell became the first Black man to purchase and own a piece of land called Pinnacle where he implanted a free self-reliant community for his followers. Since then, the murky persecutions have been incessant to him and to Rastas with the Jamaica Government acting to erase Leonard Howell from history. After many raids, Pinnacle community was destroyed and totally burnt down by Colonists in 1958. The destruction of this autonomous society caused an exodus of Rastas throughout Jamaica. To wear dreadlocks became a mean of defiance and a blanket of protection against the Establishment.

Today, dreadlocks are not confined to Jamaica but found throughout the Caribbean and Diasporas. Thus, their origins reveal to be secondary to the vital role they are playing to mirror the state of mind of the minority rasta communities all over the world.

Although some accommodations have been made towards Rastas, the struggle against prejudice and discrimination are still prevalent.

Linda interviewed scholars about History of Indians in Jamaica and Rastafari culture. She has intentionally worked in a challenging male-oriented environment to find out what Rasta people, women and men, from different generations, in Jamaica or abroad, had to say on camera about how they saw dreadlocks, how they regarded Hindu influences in Rastafari history and hence how they talked about their way of life and what discriminations they had to face as members of a minority group.