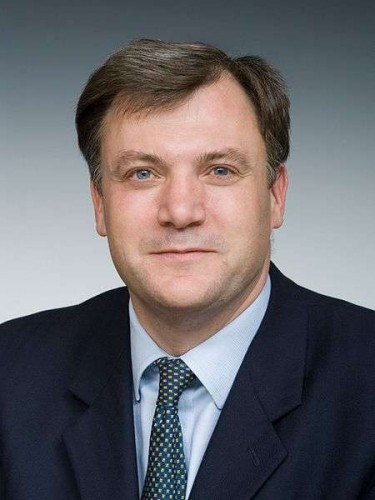 Shadow chancellor Ed Balls lost his seat to his Conservative rival, with 18,354 votes to 18,776. Any personal disappointment he had was nothing compared to the “sense of sorrow” he had for Labour’s showing across the country, he said – “and the sense of concern I have about the future”. He said he had many concerns for the next five years, but said he had been “proud” to have been a Labour MP. “I am confident Labour will be back,” he said.

The scale of Lib Dem losses was perhaps most epitomised by Vince Cable’s defeat in Twickenham, a seat he had represented since 1997. One of the party’s most senior figures, Mr Cable served as business secretary in the coalition government. But he was ousted from his seat by Conservative candidate Tania Mathias, who beat Mr Cable by 25,580 votes to 23,563. Mr Cable blamed a campaign of “fear” by the Tories. He said it had been a terrible night for the Lib Dems all over – but he was sure the party would “bounce back”.

The highest ranking politician in Scotland to lose his seat in this election. Danny Alexander, as Lib Dem chief secretary to the Treasury, was at the heart of the coalition – effectively Chancellor George Osborne’s deputy. He only joined Parliament back in 2005, winning in Inverness, Nairn, Badenoch and Strathspey – a seat he’s now lost to the SNP’s Drew Hendry, by more than 10,000 votes. Mr Alexander said he would “always be proud of the difference I and my party have made to the country in the last five years”.

It was the first high profile loss of the night, in Paisley and Renfrewshire South. Douglas Alexander – Labour’s foreign affairs spokesman and campaign co-ordinator – lost to 20-year-old student and SNP candidate Mhairi Black, with a massive swing of 26.9% to the party. It had been a “difficult night” for Labour, he said. “Scotland has chosen to oppose this Conservative government but not place that trust in the Labour Party. It will be our responsibility to re-win that trust in the months and years ahead,” he said.

Labour’s leader in Scotland Jim Murphy, also found himself a casualty of the SNP’s sweeping gains throughout Scotland, losing in East Renfrewshire by more than 4,000 votes. Speaking after the result, Mr Murphy – who’d held the seat for almost 20 years – said it was an “enormous” moment for the SNP, but he vowed that “the fightback starts tomorrow”. He’s since faced calls from some within Labour to resign as leader, a role he took on in 2014.

The Beadford MP lost out to Labour’s Naseem Shah, who won with more than 19,000 votes. Mr Galloway had taken the traditional Labour stronghold in a by-election in 2012 with a majority of 10,140 votes. He said it had been a “privilege” to spend three years as MP in Bradford West, “a special place full of special people”. He added: “I’m going off now to plan my next campaign.”