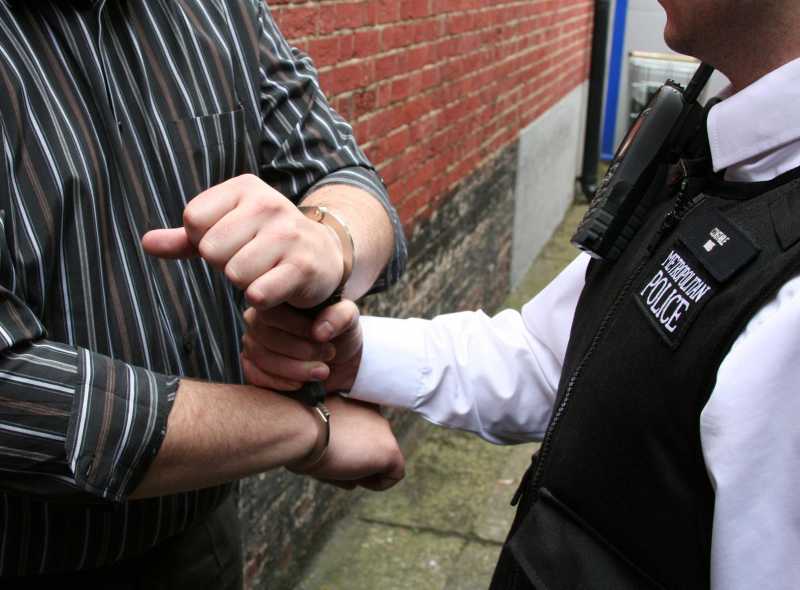 A bungling thief exposed part of his face and his underwear during a robbery at a newsagents in Manchester. It happened during an armed robbery at the Naran Newsagents on Barlow Road in Levenshulme at about 11.45am on 6 September 2014.
The armed robber burst into the store wearing some kind of fancy dress or Halloween-type mask described as being green or yellow and an eight-inch machete with an orange handle.
He approached the cashier and demanded cash, before going round the counter and stealing cash from the till. At this point, the shopworker was genuinely fearful he would attacked as the machete was being brandished in clear view.
The thief then tried to run off, but slipped over and dropped all the cash and the knife.
He then spent the next minute or so trying to gather the cash from off the floor and stuff it back into his pockets and trousers, at which point his hood fell off revealing his ethnicity and shaved head.
A customer then walked into the shop as the thief picked up the knife from the floor and fled out of the shop, not before his trousers had slipped halfway down his legs.
After threatening the customer, the robber finally managed to escape.
The entire incident was captured on CCTV which police have now released and are appealing to anyone who recognises the thief to come forward.
He is described as white, about 5ft 9in tall, wearing the mask with a black coat and dark trousers. The machete was said to be about an inch wide, eight inches long with an orange handle and a slight curve in the blade.

Anyone with information is asked to call police on 101 or the independent charity Crimestoppers, anonymously, on 0800 555 111.