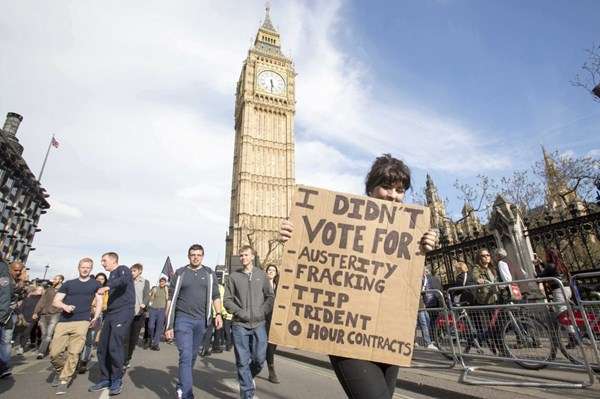 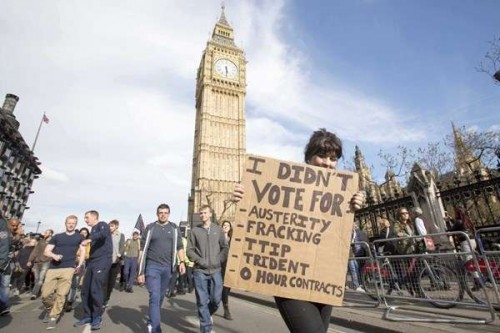 The biggest march was in London, where thousands of people attended a rally outside the Bank of England before marching to the Houses of Parliament.

The government says austerity measures are vital to cutting the deficit.

The protest was organised by protest group the People’s Assembly, which said 250,000 people attended. The Met Police have not estimated how many people were there.

Thousands of people also attended the rally in Glasgow, organised by Scotland United Against Austerity.