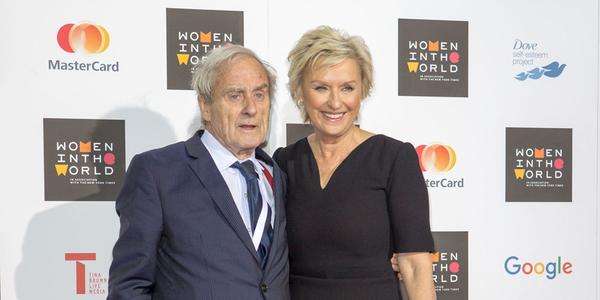 After capturing the ups and downs of late Princess Diana’s life in her biography “The Diana Chronicles”, globally acclaimed journalist and author Tina Brown says if given a chance, she would like to trace the life of Indira Gandhi, the first woman Prime Minister of India.

Brown, who is bringing Women in the World summit to India after being lauded in New York and London for the initiative globally, authored the 2007 best-selling biography of Princess Diana. Now, Brown has lined up big names like Oscar-winning actress Cate Blanchett, critically acclaimed Indian stars Shabana Azmi and Nandita Das for the event, which will be held at the Taj Mahal Hotel at Mansingh Road in Delhi on Friday.

Brown is in awe with the female power in the world of politics of India. She will be interviewing union Human Resource Development Minister Smriti Irani and the high-profile journalist is excited to talk about her rise from being television’s traditional ‘bahu’ to a politician.

“I’m interviewing Smriti Irani at the conference. It would be interesting as she has had a fascinating background. She is the youngest woman in the cabinet. I think her journey to the top has been very fast and interesting,” Brown said.

The media doyen also asserted that stories of women at successful positions have “commonality” with women across the globe.

“I always find women in these positions have a lot common with others. The commonality of being a woman in the pubic eye and juggling with other things is always there,” she said.

“I think Indira Gandhi is a great subject. She has been written about but not as deeply that we would expect. I think you have some fascinating and interesting women state chiefs at present as well,” Brown said.

Born on November 19, 1917, Indira Gandhi was the only child of India’s first Prime Minister Jawaharlal Nehru. She mostly dedicated her life to the political world, immersing all her attention towards making the country a better place to be.

Indira Gandhi was assassinated by her bodyguards a few months after she ordered the storming of the Harmandir Sahib in Amritsar to flush out separatist insurgents from the holiest of the Sikh shrines. The assassination brought a spell of social upheaval with riots breaking out across the country.

Born a British citizen, Tina Browntook US citizenship in 2005 after emigrating in 1984 to edit Vanity Fair. Having been editor-in-chief of Tatler magazine at only 25 years of age, she rose to prominence in the American media industry as the editor of Vanity Fair from 1984 to 1992 and of The New Yorker from 1992 to 1998.

In 2000 she was appointed a CBE (Commander of the Order of the British Empire) for her services to overseas journalism, and in 2007 was inducted into the Magazine Editors’ Hall of Fame. As an editor, she has also been honored with four George Polk Awards, five Overseas Press Club awards, and ten National Magazine Awards. She is married media legend Harold Evans.