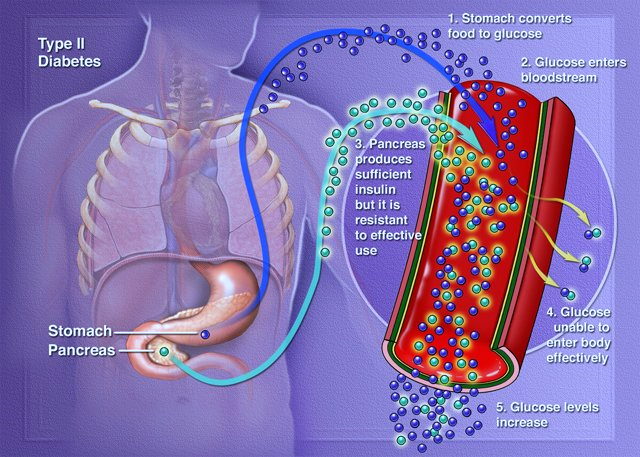 Researchers have shown that Type-2 diabetes is caused by fat accumulating in the pancreas and that losing less than one gram of that fat through weight loss reverses the condition.

“For people with Type-2 diabetes, losing weight allows them to drain excess fat out of the pancreas and allows function to return to normal,” said lead researcher Roy Taylor from Newcastle University in England.

“So if you ask how much weight you need to lose to make your diabetes go away, the answer is one gram! But that gram needs to be fat from the pancreas. At present the only way we have to achieve this is by calorie restriction by any means — whether by diet or an operation,” Taylor noted.

In a trial, 18 people with Type-2 diabetes and nine people who did not have diabetes were measured for weight, fat levels in the pancreas and insulin response before and after bariatric surgery.

The patients with Type-2 diabetes had been diagnosed for an average of 6.9 years.

The people with Type-2 diabetes were found to have increased levels of fat in the pancreas.

The participants in the study had all been selected to have gastric bypass surgery for obesity and were measured before the operation then again eight weeks later.

After the operation, those with Type-2 diabetes were immediately taken off their medication.

Both groups lost the same amount of weight, around 13 percent of their initial body weight.

Critically, the pool of fat in the pancreas did not change in the non-diabetics but decreased to a normal level in those with Type-2 diabetes.

This shows that the excess fat in the diabetic pancreas is specific to Type-2 diabetes and important in preventing insulin being made as normal.

When that excess fat is removed, insulin secretion increases to normal levels. In other words, they were diabetes free, the researchers said.

The study was published online in the journal Diabetes Care.