Home COLUMNS To wear or not to wear the poppy
Advertisements 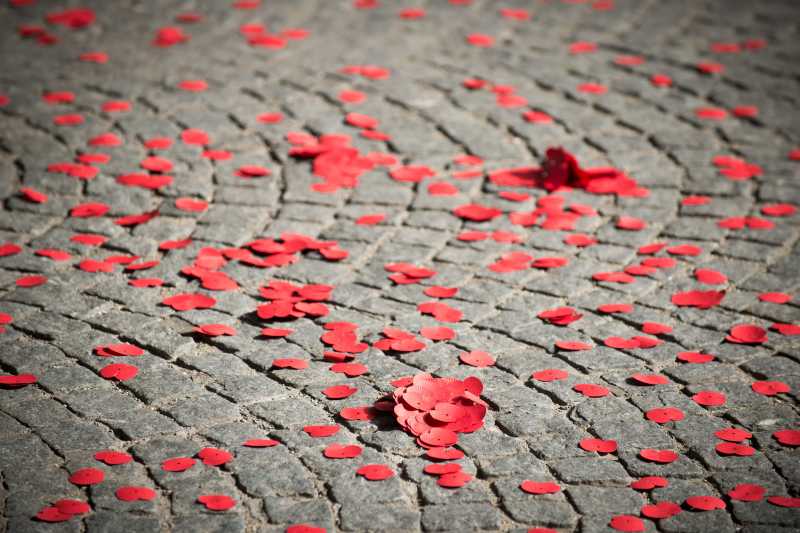 To understand a symbol any symbol we first need to analyse it’s lineage and provenance. Where does it come from and what does it mean?
We are seeing and will see the poppy on our screens big and small on the football grounds on the pitch and off the pitch on the streets everywhere we go somebody will be wearing a form of the poppy.
We will then see the backlash of those who may decide not to wear one castigated as ungrateful, unappreciative self centered clueless  cretins, devoid of the understanding  that they are having the choice of not to wear one because of the sacrifices given by those remembered by the poppy.
The origins of the poppy date back to the poem ‘in Flanders fields’ written  by the Toronto physician and lieutenant John McRae after witnessing the death of a fellow soldier and friend the day before and was published in December 1915.
However the poppy only came into existence three years later when a American YWCA worker by the name of Moina Michael published a poem of her own inspired by Mcrae’s effort titled ‘We shall keep the faith ‘ and pinned a silk poppy to her coat and distributed 25 more. It took a further three years for them to come to these shores when they were adopted by Field Marshall Douglas Haig founder of the Royal British Legion. The legal owners of the poppy today.
Today they are synonymous with Armistice day and have now been transposed onto the most visible piece of clothing a Muslim female wears,  namely a headscarf under the notion that many Muslims mark Armistice Day according to Sughra Ahmed of the Islamic Society of Britain. The aforementioned who have just popped their heads above the parapet and hijacked this overt symbol to gratify those that seek to question our loyalty to the country we reside in.
Many are of the opinion it is simply divisive and incendiary if you do not wear one are you then making the opposite statement? They also mention that there isn’t a Sikh turban imprinted with the poppy or any other faiths who are outwardly impressed to do this.
Many do not prescribe to what Sughra Ahmed extols mainly because many do not like to be told what to do or what to think. They are independently able to reason if they believe that it is justifiable to them to wear the poppy and to some it is simply not and that is their right the same it is for those to wear the poppy. This is the cradle of free speech and democracy we get told.
Many have grandfathers and great grandfathers who have fought for this very country and until very recently absolutely no mention has hardly been made of them. It is as if they never existed and now suddenly they do, to fit whatever it is they’re trying to promote. We were in this together.. But to many we never were, which is why there is this reticence and resistance to engage in this.
When the survivors who fought for this isle landed on these shores the fact they were prepared to give their life was disregarded and the freedoms their efforts afforded were thrown in their faces by telling them to go back whence they came. This reality is quickly swept over and never mentioned. But for those who are their offspring these wounds are gaping and yet to heal.
Others believe the poppy glorifies and promotes war,  and it’s best to stop sending people to war and stop using it to justify new ones (we know where these are). Sentiments echoed by Lindsey German of the stop the war coalition.
For most it symbolises remembrance and not the advocation of war but it is not about condemnation or recrimination it should be about personal choice and nothing else. Those have their reasons to wear and others have theirs not to.