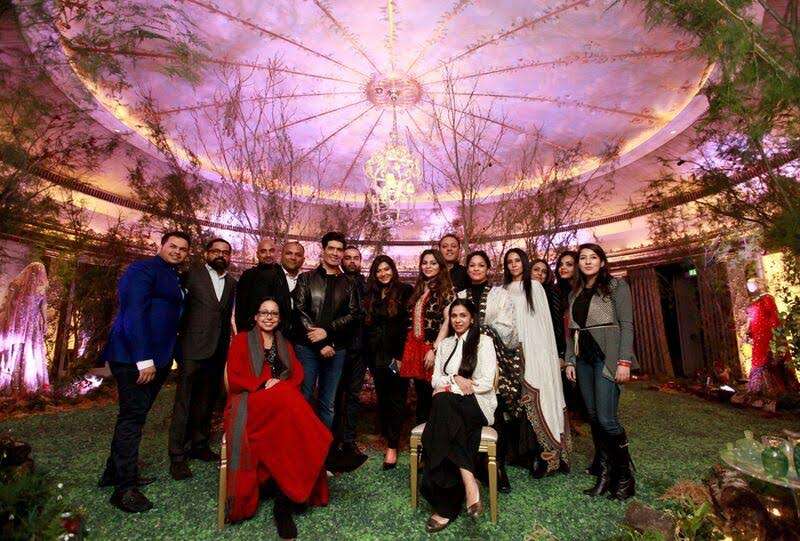 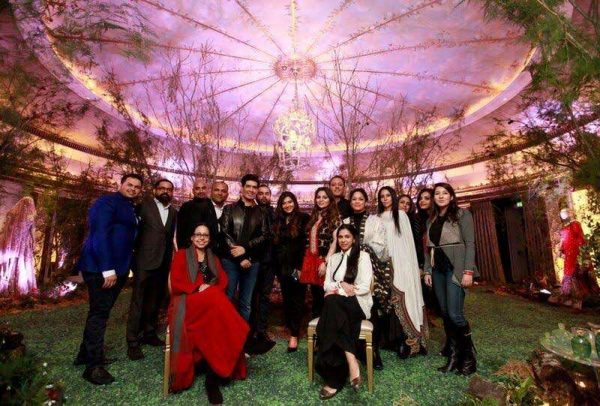 Visitors to the exhibition had the opportunity of meeting the attending fashion talents. Additionally, Aashni + Co Wedding Show welcomed lauded Pakistani designer, Faraz Manan, presented by Hello! Pakistan alongside his Indian contemporaries as well as jewellery and accessory collections by Amrapali and Amishi London.

Aashni + Co Wedding Show 2016 was produced by Mustang Productions, renowned for their creation of truly exceptional events and fashion shows. The event also featured floral styling by Zita Elze, who recreated a breathtaking, enchanted garden installation in The Dorchester’s iconic Gold Room that wowed visitors, creating a standalone focal point in itself.

Among the attending fashion luminaries, Sabyasachi said, “Aashni’s show is terrific. She always manages to get an avalanche of people in. It was exhausting but it was very well organised and I think she has become the most important interface between Indian designers and NRI brides who don’t normally get to meet the designers face to face.”

Anju Modi said, “What a fabulous platform to show wedding clothes. Aashni has done a fantastic job and it’s well organised with lovely girls coming in to try on our clothes and making me feel so proud.”

Anamika Khanna said, “It’s such a pleasure to be at the Aashni + Co Wedding Show. I am really enjoying it. It’s spectacular, it’s beautifully put together, it’s curated, the space is beautiful, and all the designers are here. The amount of people that were here today is overwhelming. Well done Aashni.”

Gaurav Gupta said, “The crowd here is great today. London loves to take risks in fashion, which is great for me. And what an incredible event. Aashni has done a wonderful job in putting this all together.”

Masaba said, “We’ve pretty much sold out in the first two hours, which is great, so I hope to be back next year and I hope that there are a lot more exhibitions like this from Aashni. She has a great eye for picking out the best talent from India and featuring a great mix of designers.”

Varun Bahl said, “This is one of the best shows I’ve done in terms of organisation, the way it’s done and the way the booths are created. I wish the space was slightly larger because I didn’t expect so many people to turn up! It’s been a good day. Lots of people have come and are interested in our clothes.”

Aashni + Co Wedding Show 2016’s official charity partner was The British Asian Trust, founded in 2007 by HRH The Prince of Wales, who wanted to do something about the widespread poverty and hardship that he saw in South Asia. He turned to the entrepreneurial spirit of the British Asian Diaspora, aiming to link them with innovative social entrepreneurs and grassroots interventions in the region.

Aashni + Co Wedding Show was conceptualised and presented by one of the UK’s leading Indian fashion influencers and tastemakers, Aashni Anshul Doshi (Shah), Founder and Creative Director of Aashni + Co, a high fashion, Indian concept store located in Notting Hill, London. Speaking about the second, annual event Aashni said, “The event has been a tremendous success. We were conscious that we needed to surpass the high benchmark we established with the event in its debut year, 2015. I feel we’ve achieved that based on the response from the designers and visitors here today unanimously. We’ve brought a studied curation of luxe, South Asian couture and bridal wear to the UK’s doorstep, meaning brides and grooms to be and followers of Indian high fashion have been able to meet the designers themselves and shop entire bridal trousseaus or one-off pieces against a fittingly couture backdrop.” 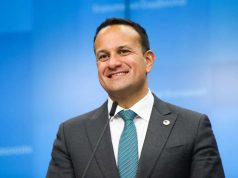