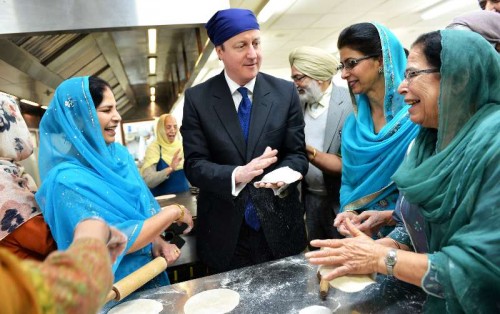 It encourages 1.6 million British Indians to support David Cameron and let him finish the job of turning around the British economy.

A group of leading British Indian and Asian artists have created a specially composed song which takes its inspiration from the blue Conservative Party colours and encourages the British Indian community to join hands with David Cameron in taking the country forward.  The song has been written, composed and produced by musical maestro Pandit Dinesh and the lead singer is the well-known British Indian artist Navin Kundra.

Since being elected as Prime Minister in 2010, David Cameron has demonstrated his own personal priority in forging closer links with India, making three official visits to the sub-continent including taking with him large trade and business delegations.   The UK is the third largest overseas investor in India and more investment from India comes to the UK than the rest of Europe combined, notably Tata, which is now the largest manufacturing employer in Britain.

The Conservative Party has the largest number of British Indian parliamentary candidates standing for election including four incumbent MPs:  Shailesh Vara (Minister of Justice), Priti Patel (Exchequer Secretary to the Treasury), Alok Sharma (Vice Chairman of Conservative Party and Member of the Treasury Select Committee) and Paul Uppal (Member of No. 10 Policy Board) together with 14 new candidates of British Indian origin.

Over the last five years, the Prime Minister has consistently engaged with the British Indian community across a series of high profile political, business, social, religious and cultural events.  He launched the Conservative Friends of India in 2012 and attended its Annual Lunch last year.  The Prime Minister also visited the Swaminarayan Hindu Mandir in Neasden and the Sikh Gurdwaras in Leamington Spa and Gravesend as well as the Golden Temple in Amritsar.   He unveiled the Encyclopaedia of Hinduism last year as well as attending the Asian Business Awards. 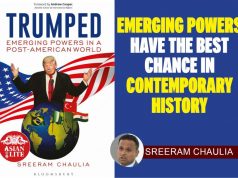