‘Britain must decide on future relationship with EU’, says Michel Barnier. Barnier’s warning came after May, ahead of the new round of negotiations, ruled out Britain’s staying in any form of customs union with the EU after Brexit….reports Asian Lite News 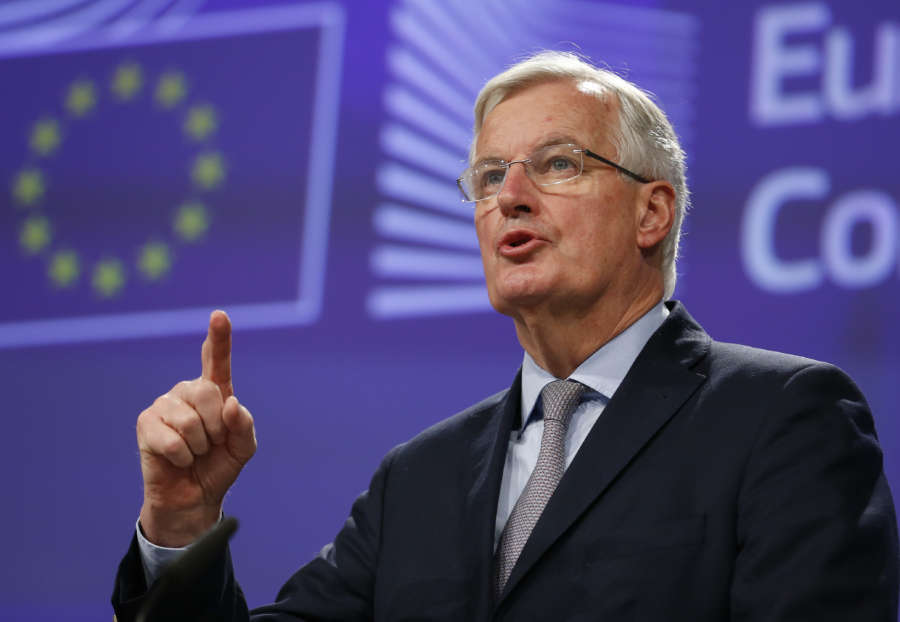 Barnier on Monday made his comments as a new round of tough talks started in London to thrash out a future trading relationship between both sides.

He warned British Prime minister Theresa May that leaving the customs union would result in unavoidable barriers to trade, adding: “the time has come to make a choice”.

The EU negotiator will be holding talks during the week with May and Brexit Secretary David Davis.

Barnier’s warning came after May, ahead of the new round of negotiations, ruled out Britain’s staying in any form of customs union with the EU after Brexit.

After the opening meeting Monday, Davis said the next round of negotiations would focus on the implementation period, in which they would try to give clarity and certainty to business.

“It will be time-limited and lead to us being outside the customs union and single market in the long-term,” Davis said, adding, “We are very keen that we continue to have an extremely good and close relationship, on economic and other grounds, and that it continues in the long term.”

Davis said Britain’s negotiating team would begin Tuesday on an intense negotiating period, saying he was confident an agreement could be reached at the March economic council.

Barnier said that in a very short time negotiations must advance on three fronts: “The first is translating the withdrawal agreement into a legal text. The UK government has decided the date of the UK’s withdrawal. May has asked to benefit from the single market and customs union for a short period after this.”

Barnier said the European Council had indicated its readiness to consider May’s request.

He added: “Certainty on transition will only come with ratification of the withdrawal agreement. On the future relationship, we need clarity on UK proposals. The only thing I can say is without the customs union, and outside the single market, barriers to trade in goods and services are unavoidable. The time has come to make a choice.”

Barnier said: “Negotiations for now are only about withdrawal and transition. We will start the discussion on the future relationship after March. This will give time to the UK to clarify its position.”

Commenting on the government choice to rule out any form of a customs union with the EU, Frances O’Grady, general secretary of the British Trades Union Congress (TUC), said: “By ruling out a customs union, the government is choosing to put up barriers to UK trade with Europe. It will be bad for jobs, bad for investment and bad for business.”

“The Prime Minister must break free of the Brexit extremists in her party and put working people first. The best way to protect jobs, investment, and rights at work is through the single market and customs union.”

Britain will leave the EU in March 2019, with negotiations focusing on how rules will apply during a post-Brexit transitional period of up to two years.