Motion graphic designer Georgina Ferguson released her tribute to the victims of July 7 bombings through animation. Georgina survived the King’s Cross tube blast. She was travelling in the carriage just behind the one blew up.  The video Seven Seven tells the story of kind stranger who advised her to be courageous and don’t let the incident affect the rest of the life. “I never asked my guardian angel’s name,” Georgina said. “Something I regret. This is my way of giving him thanks.” 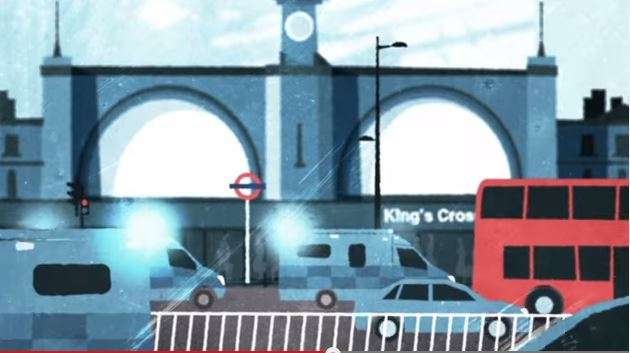