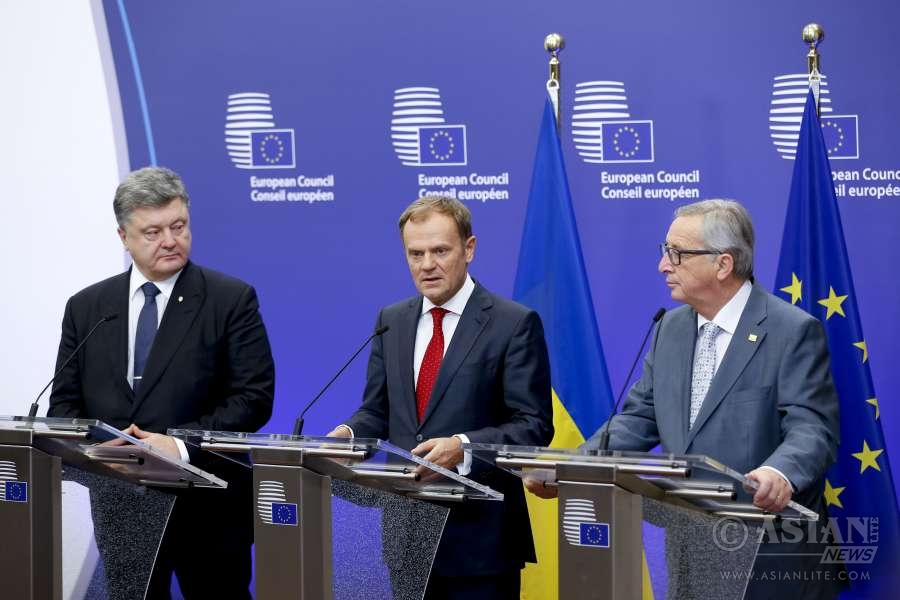 Tusk was speaking after holding talks with the Romanian and French presidents ahead of this week’s crunch EU summit, BBC reported.

Mr Tusk, who is overseeing the negotiation, urged European leaders to handle the situation “with care”.

Prime Minister David Cameron is seeking other leaders’ backing for his reforms before holding the UK’s EU referendum. He is also due to meet French President Francois Hollande in Paris later. he met German Chancellor Angela Merkel on Saturday to seek her support for the reform package.

On Monday Mr Tusk began a tour of European countries ahead of the two-day summit of EU leaders, which begins on Thursday.

He said negotiations on Britain’s future inside the 28-member bloc were “difficult but… hugely important”.

Reflecting on the talks, he said: “This is a critical moment. It is high time we started listening to each other’s arguments more than to our own.

“It is natural in negotiations that positions harden, as we get closer to crunch time.

“But the risk of break-up is real because this process is indeed very fragile. Handle with care. What is broken cannot be mended.”

In a letter to the members states, Tusk said keeping the unity and sovereignty of EU should be the primary concern.

“Keeping the unity of the European Union is the biggest challenge for all of us and so it is the key objective of my mandate,” he said. “It is in this spirit that I put forward a proposal for a new settlement of the United Kingdom within the EU. To my mind it goes really far in addressing all the concerns raised by Prime Minister Cameron. The line I did not cross, however, were the principles on which the European project is founded.

“I deeply believe that our community of interests is much stronger than what divides us. To be, or not to be together, that is the question which must be answered not only by the British people in a referendum, but also by the other 27 members of the EU in the next two weeks.

“This has been a difficult process and there are still challenging negotiations ahead. Nothing is agreed until everything is agreed. I am convinced that the proposal is a good basis for a compromise. It could not have been drafted without the close and good cooperation of the European Commission. In order to facilitate this process the Commission also made political declarations that are included in this package.”