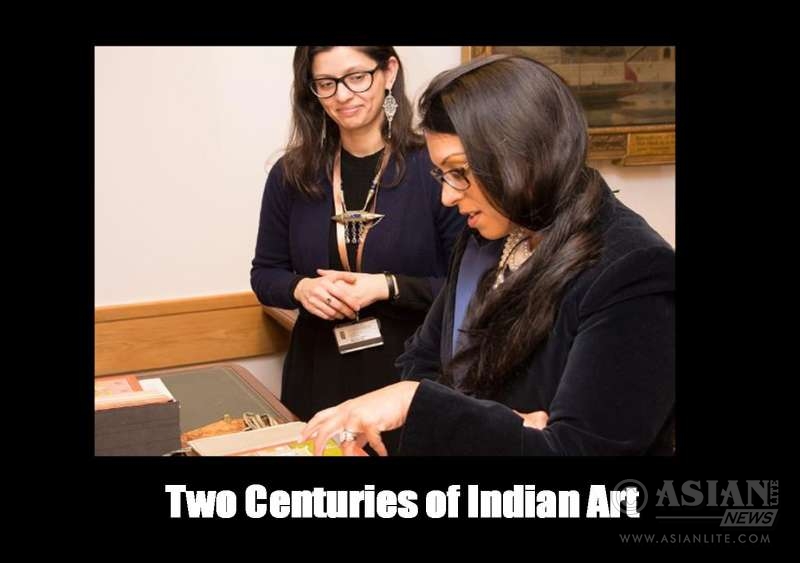 British Library’s “Two Centuries of Indian Print” project, launched ahead of the UK-India Year of Culture in 2017 with support from the UK Government, aims to make 11 million pages of South Asian titles available online for the first time. This material spans the period from 1714-1914 and includes at least 22 South Asian languages….writes Asian Lite News

British Library begins the digitisation of some of the historic materials as part of a unique project to preserve one of the world’s largest single collections of early printed South Asian books and Indian manuscripts.

The “Two Centuries of Indian Print” project, launched ahead of the UK-India Year of Culture in 2017 with support from the UK Government, aims to make 11 million pages of South Asian titles available online for the first time. This material spans the period from 1714-1914 and includes at least 22 South Asian languages.

The first phase of the project has begun, digitising some 200,000 pages from Bengali books, including the earliest Bengali title published in 1778, as well as many other rare works.

The digitisation of the whole collection will mean that people from around the world will be able to view this material online for the first time. This will transform access to this historic and fragile collection, enabling researchers to trace the roots of India’s rich literary and cultural heritage at the same time as boosting opportunities for digital scholarship and commercial technology.

“Digitising the world’s largest collection of historic South Asian books, many dating back hundreds of years, is an important milestone in our shared history which will further strengthen the deep cultural ties between our two great nations,” said Priti. “This reflects Prime Minister Modi’s aspirations to make India’s cultural treasures accessible, and builds on his momentous visit to the UK last year where we first announced these plans.

“The enduring bond between the world’s oldest democracy and the world’s largest democracy is supported by the vibrant Indian diaspora in the UK who contribute so greatly to our economy and society. The UK-India Year of Culture in 2017 will be a great celebration of Indian achievements around the world.”

The Minister’s visit coincides with her first official meeting with the new Indian High Commissioner Navtej Sarna earlier today to further cement the cultural links between the UK and India.

“The British Library’s South Asian collections are among the largest and richest in the world, and “Two Centuries of Indian Print” is our most ambitious project yet to share them with the widest possible audience,” said Roly Keating, Chief Executive of the British Library. “It’s wonderful to have such enthusiastic support from the Minister for our plans, and we look forward to working with partners in the UK and India to develop the exciting potential of this project even further.”