The efforts of the present government led by Prime Minister Narendra Modi, who met Prime Minister David Camerom and Queen Elizabeth on a three-day visit on Nov.12, have helped in building strong ties between India and Britain, widening the investment opportunities between them, British High Commissioner James David Bevan has said.

“Britain and India have always had great business relations and the current scenario owing to the efforts of the present government has only strengthened our ties and investment opportunities, going further for a win-win situation for both the partner countries,” said Bevan.

The envoy said 2014 was a record-breaking year for spend and visits, with 390,000 Indian visitors spending 444 million pounds in Britain. He also pointed out that India is Britain’s top partner in BRIC (an acronym for the Brazil, Russia, India and China grouping) in terms of visitor volume and among the top 20 source markets globally.

“The importance of the India tourism market is fully recognised by the British government, who invested additional funding for tourism India-specific projects last year through the GREAT campaign. India continues to be a GREAT campaign market till 2016,” he said.

It’s not just tourism that helps in developing strong ties between both the countries. Exchange of films and television content also plays a role. The release of the 24th instalment of the James Bond franchise, “Spectre”, in India on November 20, is a case in point.

Ahead of the “Spectre” release, the British High Commission has also partnered with UK Trade & Investment, British Council and Sony Pictures Entertainment to launch the ‘Bond is GREAT’ Britain campaign in India. 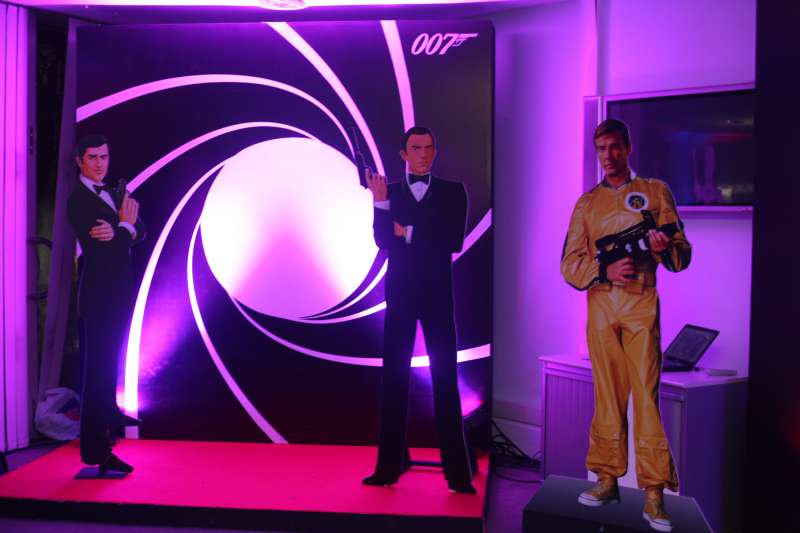 Titled ‘Live the Bond Lifestyle in Britain’, the campaign showcases and celebrates the best of what London has to offer, thereby aiming at creating awareness about the travel, business, education and lifestyle opportunities in Britain.

Bevan feels the Bond franchise can also be shot in India if the country is prepared for such lucrative filming opportunities.

“We have seen some good productions in the past filming in India like ‘Slumdog Millionaire’ and ‘The Exotic Marigold Hotel’ to name a few, and we are confident that this only opens avenues for other production houses to come and film here,” he said.

He added that Britain “is a popular host to some of the biggest blockbusters in the film industry from the Harry Potter series to the Bond franchise and even successful Bollywood films”.

Despite being “home to films”, many Indian filmmakers complain of “strict rules” while shooting their films abroad, for instance about permissions and infrastructure, but Bevan says Britain is working on making it a smooth sailing.

“This is being constantly worked upon to make the process as smooth as possible with exemptions and single window clearances being explored for a hassle free filming experience… Going by the global films produced and filmed out of Britain, we are surely doing something right,” he said.