Prime Minister Theresa May is going to India to sooth the relationship and strike more business deals. But the country is not in favour of India’s fight against terrorism. Petition of nearly 20,000 Indians to British Government failed to make it to condemn Pakistan for providing safe haven for terrorists….writes Buddhdev Pandya MBE

Thousands of Indians living in the United Kingdom petitioned to get the British government strongly condemn Pakistan for providing safe haven for terrorists. In response, the British Foreign and Commonwealth Services issued a public statement saying, “We recognise the significant sacrifices that Pakistan and its people have made in combating terrorism. The UK has regularly raised with Pakistan the need to take consistent action against all terrorist groups operating within its borders”.

This is echoing the policy that Prime Minister Narendra Modi is advocating to seek global political isolation of its neighbour Pakistan. The UK position is miles away from what the Government of India is hoping for! 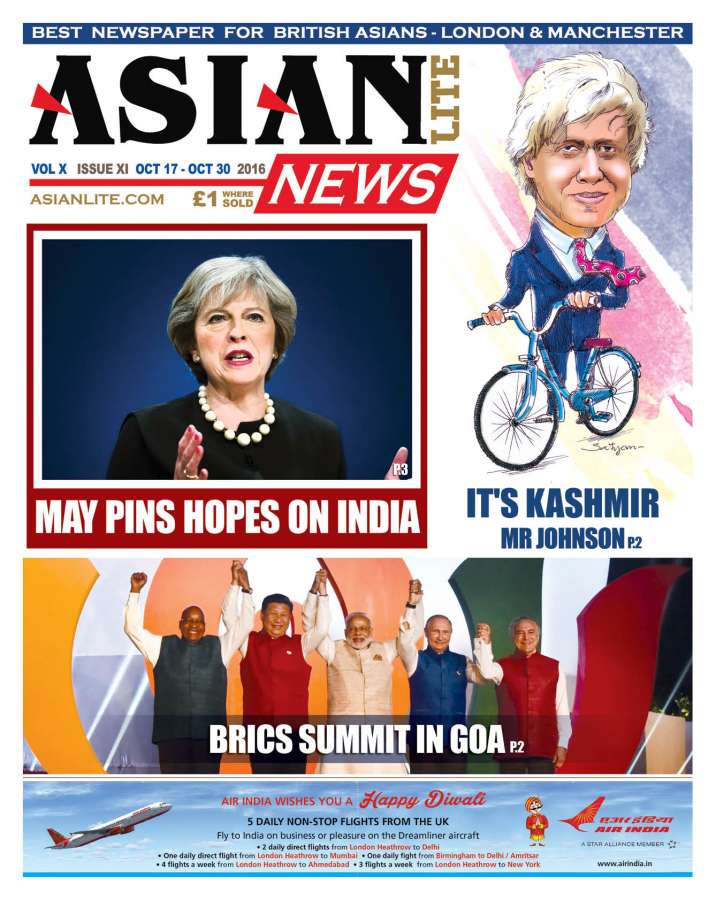 In addition, the Foreign Office Statement also said that, “The UK regularly highlights to Pakistan, at the highest level, the importance of taking effective action against all terrorist groups operating in Pakistan, as Pakistan has committed to do.” But, this falls short of endorsing the strategic line that the Indian PM Modi has taken and indeed places a totally different complexion to the argument against Pakistan having state sponsored terrorism on the side of India.

The policy under Prime Minister Theresa May is to help Pakistan developing its capacity to protect itself and prosecute those who plan and commit terrorist attacks. The Foreign Office statement was explicit in saying that the UK and Pakistan have a shared interest in the battle against terrorism. It says that the UK is committed to working together to combat both the terrorist threat and the extremism that sustains it, in a human rights compliant manner.

The UK population of Indians comprise about 1.4 million people in the UK and it is a home to the largest Pakistani community in Europe, with the population of British Pakistanis exceeding 1.17 million.

The irony of it all is that there are a many constituency where the members of all parties are relying on the ethnic votes; some areas dominated by the Indians others the Pakistanis and Kashmiris. The stand of the major political parties over the dispute between Pakistani and India is to seek a well negotiated political solution as a common thread.

Indian PM Modi called Pakistan ‘mothership of terror’ during the BRICS summit held in Goa, India. The Bangladesh Prime Minister Sheikh Hasina in her exclusive interview with The Hindu on 14th October said, “Dhaka’s reasons for pulling out of the SAARC summit in Islamabad were “different from India”.

The British approach to deal with the terrorist threats in Pakistan is through investment for the underlying issues. Reading between the lines the USA also points towards “meaningful dialogue” to address differences, including the Kashmir dispute and bring down the tensions. For these mature democracies, perhaps this is an obviously wise position, but their studied refusal to be drawn into harsh action against Pakistan seems to have sunk Modi’s hope!