Tens of thousands of people from all over the UK visited Bhaktivedanta Manor Hare Krishna Temple in Watford this weekend (5th/6th September 2015) for the biggest and most spectacular Janmashtami festival outside of India, to celebrate the birth of Lord Krishna….reports Asian Lite News 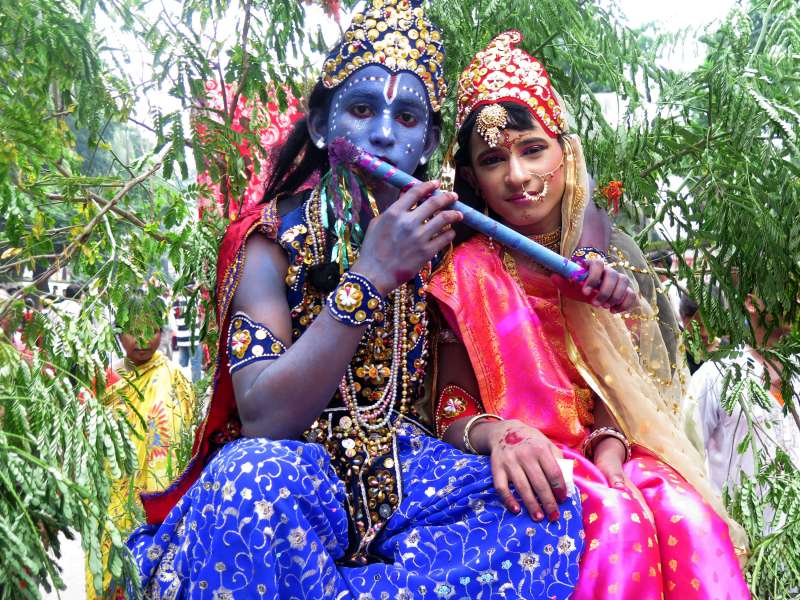 Every year, Bhaktivedanta Manor’s serene and peaceful grounds are transformed into a magnificent festival for all the family, and brought to life with the sound of music, interactive multimedia displays, traditional dance performances, thought-provoking dramas, the opportunity to try Japa mediation, learn more about the philosophy, as well as a Krishnaland for children.

Visitors had the opportunity to explore bazaars selling a vibrant array of books, fresh organic produce, jewellery, musical instruments and CDs. For those that worked up an appetite, a vast selection of exquisite free vegetarian food was available in abundance.

Set in a beautiful sixty-acre woodland site in the Hertfordshire countryside, Bhaktivedanta Manor was donated to the Hare Krishna movement by George Harrison of The Beatles in 1973, and the Temple celebrated its 40th anniversary in 2013. One of the highlights of the festival was the recreation of the beautiful forests of Vrindavan in India where Lord Krishna played when he was growing up.  Around 1,500 volunteers aged between 16-90 volunteered their time throughout the weekend.

Srutidharma Dasa, Temple President of Bhaktivedanta Manor said: “Janmashtami is without doubt the most special day in our calendar, because it marks the birth of Lord Krishna.

“Tens of thousands of visitors and volunteers give up their time every year to help transform Bhaktivedanta Manor for this wonderful festival – it is an inspiring achievement and was a spectacular event.”

Next year the International Society for Krishna Consciousness (ISKCON) will celebrate 50 years of the Hare Krishna movement in the West.