The House of Commons will meet on Monday 18 May 2015. The State Opening of Parliament will take place on Wednesday 27 May 2015 which marks the formal start of the parliamentary year.

The House of Commons will sit for a few days ahead of the State Opening of Parliament, the formal start of the parliamentary session. During this time the re-election or election of a new Speaker of the House of Commons takes place, and MPs take the oath or affirmation.

Once assembled, the House, led by the Father of the House, goes to the House of Lords where they receive a message from the Queen asking them to elect a Speaker. If the incumbent Speaker is returned at the election and wishes to stand for re-election, that decision is made immediately.

If there is no returning Speaker wishing to stand again, or the House votes against the incumbent Speaker, a contested election by exhaustive ballot must take place to choose a new Speaker.

After the Speaker’s appointment has been confirmed, the House returns to the Commons Chamber, where first the Speaker takes the oath of allegiance, followed by the Father of the House, the Prime Minister and other members of the Cabinet.

Any MP or Member of the House of Lords who objects to swearing an oath can make a solemn affirmation instead. This process is known as swearing in.

Swearing in continues for two or three days before the House adjourns until 27 May 2015 for the Queen’s Speech and State Opening.

The State Opening of Parliament marks the formal start of the parliamentary year and the Queen’s Speech sets out the government’s agenda for the coming session, outlining proposed policies and legislation. It is the only regular occasion when the three constituent parts of Parliament – the Sovereign, the House of Lords and the House of Commons – meet.

State Opening is the main ceremonial event of the parliamentary calendar, attracting large crowds and a significant television and online audience. It begins with the Queen’s procession from Buckingham Palace to Westminster, escorted by the Household Cavalry.

The Queen arrives at Sovereign’s Entrance and proceeds to the Robing Room. Wearing the Imperial State Crown and the Robe of State, she leads the Royal Procession through the Royal Gallery, packed with 600 guests, to the chamber of the House of Lords. 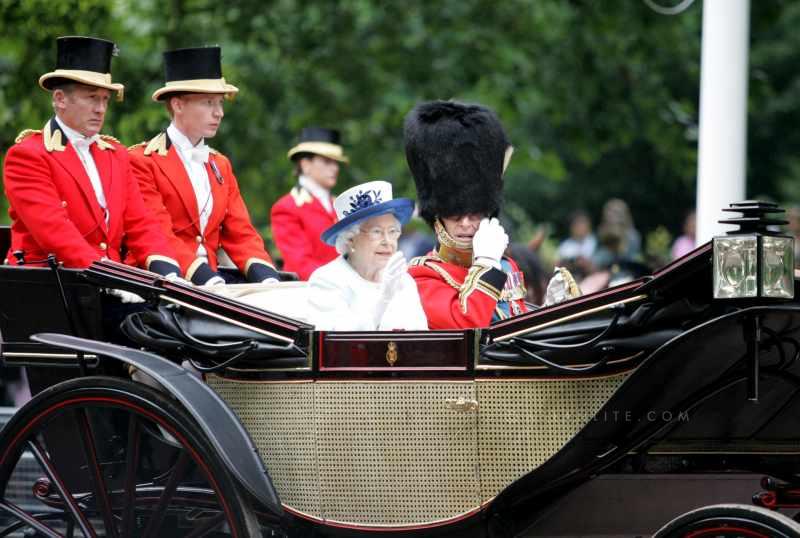 The House of Lords official known as Black Rod is sent to summon the Commons. The doors to the Commons chamber are shut in his face: a practice dating back to the Civil War, symbolising the Commons’ independence from the monarchy. Black Rod strikes the door three times before it is opened. Members of the House of Commons then follow Black Rod and the Commons Speaker to the Lords chamber, standing at the opposite end to the Throne, known as the Bar of the House, to listen to the speech.

The Queen’s Speech is delivered by the Queen from the Throne in the House of Lords. Although the Queen reads the Speech, it is written by the government. It contains an outline of its policies and proposed legislation for the new parliamentary session.

When the Queen leaves, a new parliamentary session starts and Parliament gets back to work. Members of both Houses debate the content of the speech and agree an ‘Address in Reply to Her Majesty’s Gracious Speech’. Each House continues the debate over the planned legislative programme for several days, looking at different subject areas. The Queen’s Speech is voted on by the Commons, but no vote is taken in the Lords.