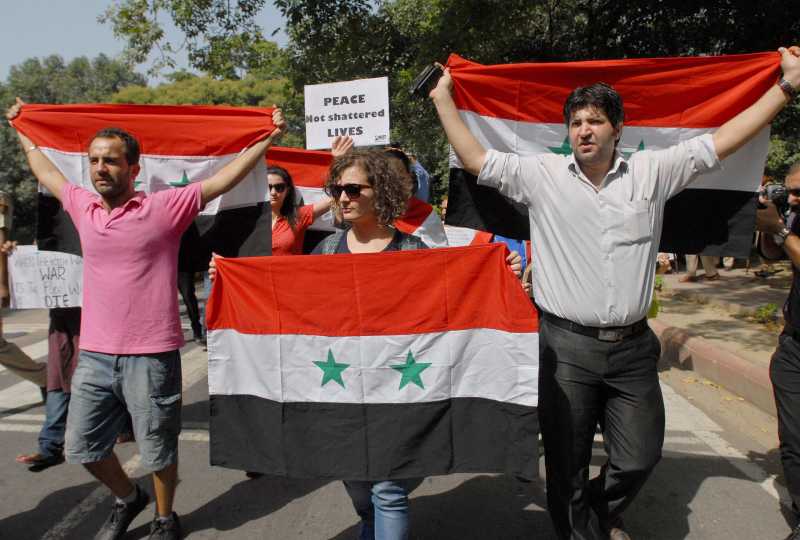 The UK drew up plans to train and equip a 100,000-strong Syrian rebel army to defeat President Bashar al-Assad, BBC Newsnight revealed. The secret initiative, put forward two years ago, was the brainchild of the then most senior UK military officer, General Sir David Richards.
It was considered by the PM and the National Security Council, as well as US officials, but was deemed too risky. The UK government did not respond to a request for comment.
Lord Richards, as he is now, believed his proposal could stem the civilian bloodshed in Syria as rebels fought troops loyal to Mr Assad.
The idea was considered by Prime Minister David Cameron and Dominic Grieve, the attorney general, and sent to the National Security Council, Whitehall sources said.
It was also put to senior figures in Washington, including General Martin Dempsey, the US’s most senior military officer.
While it was thought to be too radical at the time, US President Barack Obama said last week he was seeking $500m (£291m) funding to train Syrian rebels – an echo of Lord Richards’ plan.
Insiders have told BBC Newsnight that Lord Richards, then chief of the defence staff but since retired from the military, warned Downing Street there were only two ways to end the Syrian civil war quickly – to let President Assad win, or to defeat him.
With ministers having pledged not to commit British “boots on the ground”, his initiative proposed vetting and training a substantial army of moderate Syrian rebels at bases in Turkey and Jordan.
Mr Cameron was told the “extract, equip, train” plan would involve an international coalition.
It would take a year, but this would buy time for an alternative Syrian government to be formed in exile, the PM was told.
Once the Syrian force was ready, it would march on Damascus, with the cover of fighter jets from the West and Gulf allies.
The plan envisaged a “shock and awe” campaign, similar to the one that routed Saddam’s military in 2003, but spearheaded by Syrians.
Though the plan was put to one side at the time, Mr Cameron was later persuaded to consider military action when evidence emerged of chemical weapons use in Syria.
However, MPs voted against giving authority for a direct intervention last August.
The US and UK accused the Assad government of being behind the attacks, but Damascus blamed rebel groups.