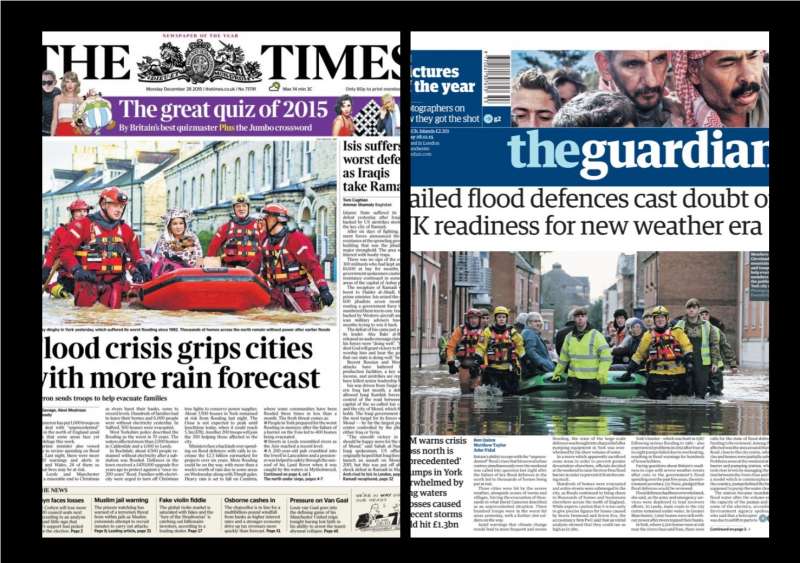 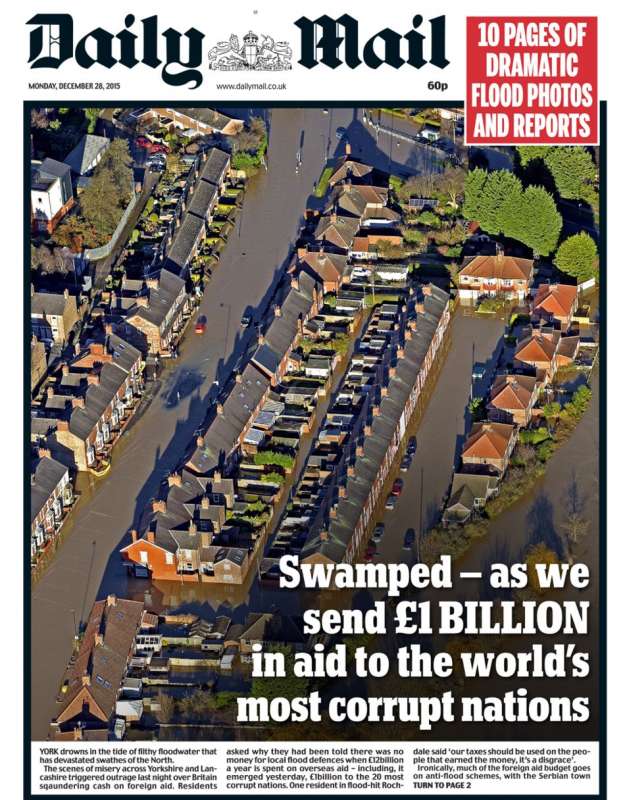 Parts of Yorkshire, Lancashire and Greater Manchester are struggling with the aftermath of downpours that caused rivers to burst their banks.

The Environment Agency still has nearly 30 severe flood warnings, meaning danger to life, in place for north-east and north-west England, and more than 180 other flood warnings and alerts across England and Wales.

Thousands of people are leaving their homes as rivers bursting their banks in York, Leeds and Manchester.

Cameron chaired a conference call on Sunday morning of the Government’s emergency Cobra committee as ministers worked to tackle the problem, while the Government has vowed to review flood defences as the army was mobilised this morning to help emergency services.

Although Monday will be drier than the weekend, more heavy rain is forecast for the middle of the week.

Speaking to Radio 4’s Today programme, Mr Rooke said the UK was moving from a period of “known extremes” of weather to one of “unknown extremes” – something which a government review of flood defences would consider before reporting next summer.

This would mean “when properties do flood, that they have solid floors, waterproof plaster, more electrics up the wall – so that people can get into their houses and businesses more quickly”.

The UK needed to “continue to improve our flood warning systems, so in the event of defences overtopping people have time to take action and we can save lives”, Mr Rooke added.

Prime Minister David Cameron is likely to face questions about government funding of flood defences during his visits.