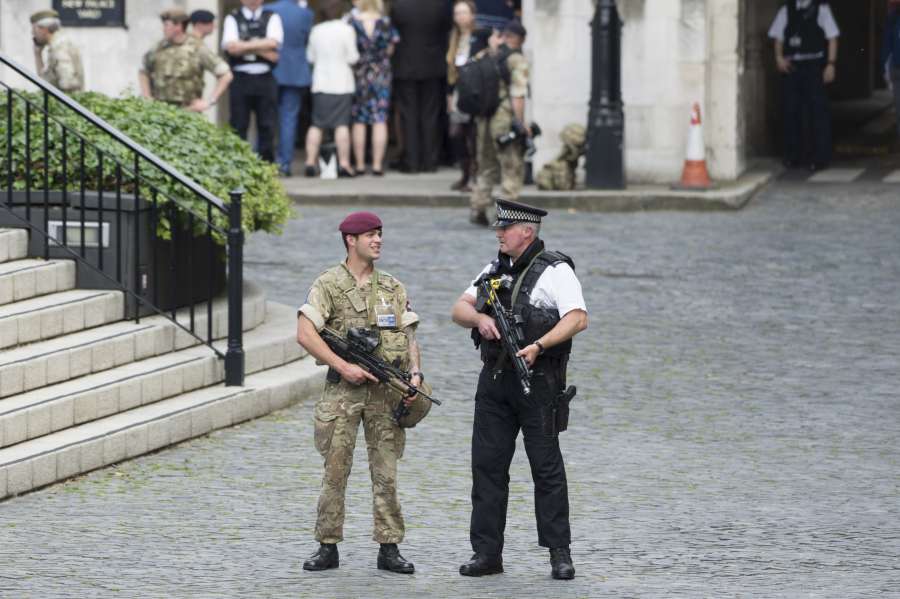 Former Director General of the security intelligence service MI5 Jonathan Evans UK’s war with terrorism unlikely to end soon  and may continue to face the threat of Islamist terrorism for another “20 to 30 years”….reports Asian Lite News

Jonathan Evans told the BBC that the issue was a “generational problem” and that the UK needed to “persevere” with efforts to defeat it.

He also said that devices connected to the internet needed to be made more secure in the face of emerging cyber threats.

Evans stepped down as the Director General of the security intelligence service MI5 in 2013 at a time when it seemed that the terrorism threat from Al Qaeda might be subsiding.

But now, with the rise of the Islamic State militant group, he said the threat was unlikely to end soon.

“There’s no doubt that we are still facing a severe terrorist threat but I think its also important to put this in a slightly longer context because right the way back from the 1990s we have been experiencing difficulties from Islamist terrorists of one sort or another,” the former intelligence chief said.

“Since 2013 there have been 19 attempted attacks that have been disrupted and even since the attack at Westminster we are told there have been six disruptions, so this is a permanent state of preparedness.

“…I think we are going to be facing 20 to 30 years of terrorist threat and, therefore, we need, absolutely critically, to persevere,” Evans told the BBC.

He also warned that the “internet of things” — in which vehicles and domestic devices are all connected to the internet — will need to be made more secure to reduce emerging cyber threats.