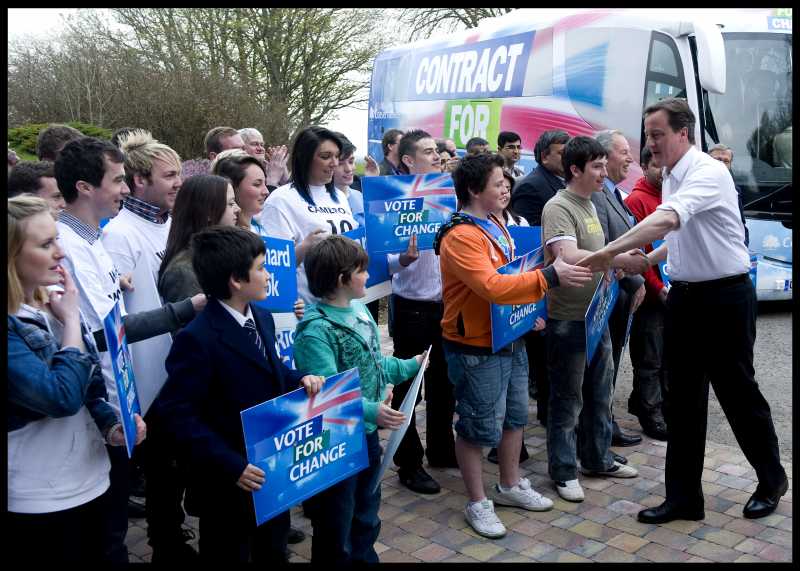 Labour leader Ed Miliband will become prime minister if Ukip wins more than nine per cent of the vote in next year’s general election, Labour advisers have calculated, The Telegraph reported. Mr Miliband’s strategists have calculated that a significant vote for the Eurosceptic party will cost the Conservatives enough seats to put Labour in office, The Telegraph has learnt.

Senior Labour figures say that, despite losses to Ukip in recent local elections, Mr Miliband’s team believe their party has a lot to gain from its advances and the final result in May’s general election may hinge on how Mr Farage’s party performs. Ukip took three per cent of the vote in 2010, but has since seen its polling figures soar. It took 27 per cent in the European elections, and is at about 13 per cent in current opinion polls.

Polling by Lord Ashcroft, a Tory peer, has shown that of those people who backed Ukip in this year’s European elections, 52 per cent had voted Conservative in 2010. Only 15 per cent were former Labour voters. Labour sources say the party’s private polling suggests a similar split, leading Mr Miliband’s team to conclude that Ukip is a bigger threat to the Tories than Labour.

Some Opposition figures, including Ed Balls, the shadow chancellor, and Andy Burnham, the shadow health secretary, have called for the party to take a tougher line on Ukip, fearing that Mr Farage’s party will eat into Labour’s traditional working-class vote. But others involved in the Labour election campaign have persuaded Mr Miliband that Ukip gains are good for Labour’s prospects.

Another Lord Ashcroft poll last week showed that Ukip was performing well enough in marginal constituencies to take at least two Commons seats, Thurrock and South Thanet, both currently held by the Tories. Senior Conservatives admit privately that winning back a significant number of today’s Ukip supporters is a “strategic priority” for them.

Lynton Crosby, the Conservatives’ polling adviser, has told colleagues that Ukip voters could be divided into three distinct groups: “natural” Tories who would return to the party next year; waverers who could be persuaded to return, and a smaller group of irreconcilables who were permanently lost to the Conservatives.

Some Tory strategists believe that the best way to win back wavering Ukip supporters is by warning them that a vote for Mr Farage’s party helps Labour. As a response to that argument, Mr Farage has been talking up Ukip’s ability to take votes away from Labour, highlighting his party’s gains in Labour areas.

Earlier this month, the Ukip leader proposed a deal with the Tories in which the Conservatives would agree not to contest working-class marginals where he claimed Ukip could defeat Labour. In exchange, Ukip would not run candidates in more affluent Tory-held seats. Without such a deal, Mr Farage said a solid Ukip vote among working-class voters meant “there are a number of seats here that [Conservatives] probably aren’t going to win but that Labour probably is going to win.”

Some senior Ukip figures have even suggested that their party could cost the Tories enough seats – and win enough of their own – to end up holding the balance of power in a hung Parliament in a close election.