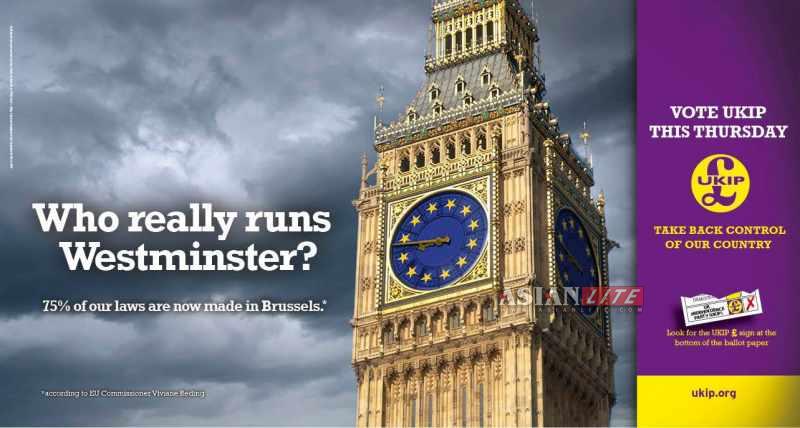 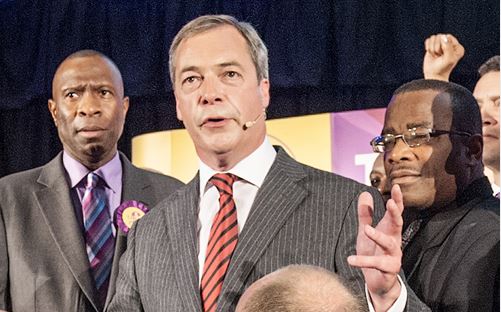 With only Scotland left to declare, the Eurosceptic Ukip has secured 27.5% of the vote and 23 MEPs in the EU election in Britain. Labour, on 25%, is narrowly beating the Tories into second place while the Lib Dems lost all but one of their seats and came behind the Greens.

It will be the first time a national election has not been won by the Conservatives or Labour in 100 years – and the first time a party with no MPs at Westminster has achieved such a result.

Ukip leader Nigel Farage has said his “dream has become a reality” and UKIP is now the “third force” in British politics.

Prime Minister  David Cameron’s Conservative party secured  18 seats so far. He said the public was “disillusioned” with the EU and their message was “received and understood”.

Labour has 18 MEPs so far, an increase of seven on 2009, which was a record low point for the party.

The full Scottish result will be known at noon on Monday, as the Western Isles does not count votes on a Sunday.

The BBC is predicting that the result in Scotland will be SNP on two seats, Labour on two seats and the Conservatives and UKIP with one seat each – meaning Mr Farage’s anti-EU party is expected to win at least one seat in every part of Great Britain.

The Ukip wave was not visible in London as Ukip came third in London with just 16.9% of the vote. In other regions, they secured around 30 plus.  The Green Party has got three MEPs – one more than it achieved in 2009

In his victory speech at the South East of England count, UKIP leader Mr Farage said: “The people’s army of UKIP have spoken tonight and have delivered just about the most extraordinary result in British politics for 100 years.”

He said the three main parties in Britain had led the country into the Common Market but had “twisted and turned” over an in/out referendum on EU membership.

“The penny’s really dropped that as members of this union we cannot run our own country and crucially, we cannot control our own borders,” said the UKIP leader.

He later told the BBC that he was “over the moon” about his party’s performance and he was more confident than ever that it would make a breakthrough at Westminster next year.

The result had “serious consequences” for the three main party leaders and he believed Nick Clegg’s position as Lib Dem leader was now “untenable”.

Mr Clegg faced calls to stand down ahead of Sunday night’s results – something firmly rejected by senior party figures.

A member of the party’s federal executive, Martin Tod, reiterated his call for Mr Clegg to quit because voters were “not prepared” to listen to him.

He said any new leader should “prove themselves in a democratic party election”.

Mr Tod, a councillor in Winchester, branded his party’s results in the European elections a “disaster” and the party’s response “complacent”.

But Treasury Chief Secretary Danny Alexander, who has been touted as a future leader himself, insisted Mr Clegg was “by far the best spokesman” for the Lib Dems and said “plunging the party into a period of introspection” was not the right response to the results.

Conservative party chairman Grant Shapps said the results were acting as “a command for Britain to get a better deal” in Europe – but he rejected calls by Tory grandee David Davis to bring forward the in/out EU referendum to 2016, saying negotiations on this could not be rushed.

The Tory leadership faced further calls for an electoral pact with Ukip to avoid a split in the right of British politics at next year’s general election.

Grant Shapps has repeatedly ruled out any formal pact or local deals with UKIP.

Labour was looking at one stage as if it might be beaten into third place by the Tories – a potentially disastrous result for Ed Miliband as he seeks to show he can win next year’s general election. But the party was rescued by another strong showing in London – and it took heart from local election results in battleground seats, which party spokesmen suggested were a better guide to general election performance.

She told BBC people have said they are voting UKIP, even if they are a Labour supporter, because, they said: “I think you need a shake-up.”

BNP leader Nick Griffin lost his seat and saw his party’s vote collapse by 6% in the North-West of England.

The BNP has seen a similar slump in support across the UK and seems certain to have no representation in the next European Parliament. 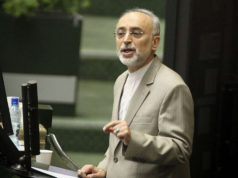