The US is “mainly responsible for all the mess” that Europe is facing due to the massive influx of refugees, Chinese news agency Xinhua said in a commentary 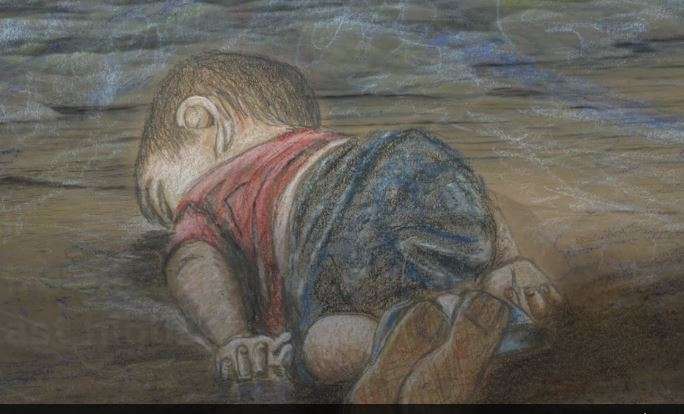 The commentary  was titled “US should bear blame for European refugee, humanitarian crisis.”

“When millions of people around the world were taken aghast by the pictures of Syrian boy Aylan Kurdi lying washed up on a Turkish beach and the massive refugee crisis engulfing Europe, “they should see through the fact that the US is mainly responsible for all the mess,” Xinhua said.

“The main sources of today’s refugees — Syria, Libya, Iraq and Afghanistan — are targets of US intervention, which led to devastation, chaos, deteriorating domestic security and extensive displacements,” said the commentary by Xinhua writer Hu Yao.

“People in those countries could no longer enjoy even basic human rights. Many of them had no choice but to flee for life, not only to neighbouring countries, but to Europe.”

According to United Nations High Commissioner for Refugees Antonio Guterres, more than 300,000 refugees and migrants have ventured to cross the Mediterranean into Europe so far this year, and over 2,600 didn’t survive the dangerous journey.

The commentary observed that while the European countries are accused of indifference and incapabilities to cope with the refugee crisis, “the United States, their closest ally and the major cause of the crisis, seems not to have realized its moral obligation to help clean up the mess and work to address the root cause of the problem”.

It noted that Syria is the latest country following Iraq and Libya to become the victim of US intervention in the Middle East.

“The militants of the so-called Islamic State (IS), emerging from the Syrian oppositions which were supported by the US to topple the Syrian government, have launched numerous attacks against Syrian civilians, who have become targets of kidnappings, suicide and car bombings, among others. Their lives are at peril if they hang on in their own country,” said the commentary.

It went on to say that although the US has pulled out its troops from some countries like Iraq and Afghanistan, “it should be still held accountable for having destabilized these countries in the first place and then leaving them in a hopeless mess”.

The Xinhua commentary said: “As a self-styled leader of the world, it is a shame for the United States to stir up chaos, anarchism and the emergence of extremist and terrorist groups in those countries by its selfish foreign policies.”

As Europe struggles to cope with a daily influx of thousands of refugees, the commentary exhorted the US to act immediately and “do more to help solve the refugee crisis and work out long-term measures to help troubled countries and regions restore calm, stability and normal life as soon as possible”.