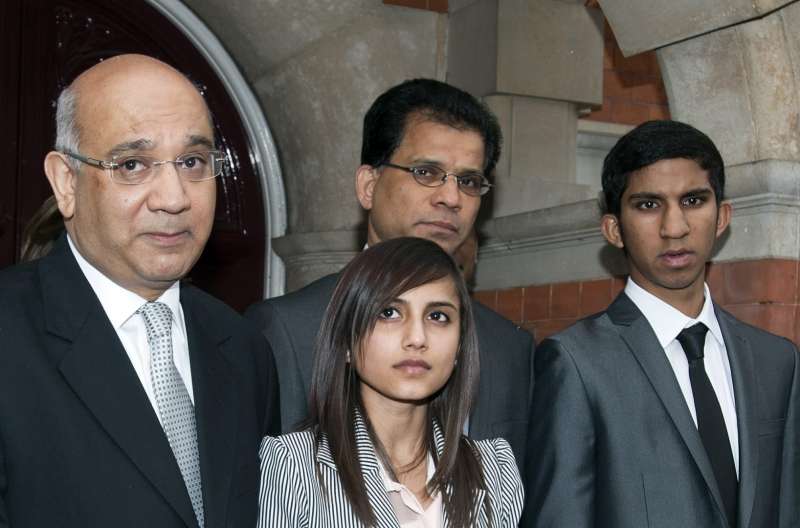 Jacintha Saldanha, an Indian-origin nurse, who put through a hoax phone call at King Edward VII’s Hospital where the Duchess of Cambridge was being treated took her own life, a coroner has concluded.

Keith Vaz MP, speaking outside court on behalf of the family, said they were taking advice over possible future legal action. “Over the last two days, the family and the world have heard about her nobility, her dedication to her patients, her love of her job and her fantastic professionalism,” he said.

“The family of course accept the verdict of the coroner’s court today. These despicable and cruel actions, this hoax, has changed their lives forever.”

Later he tweeted: Surprised and disappointed that Southern X radio that made the hoax call not called to give evidence despite efforts of John Cooper QC.

Jacintha 46, was found dead on 7 December 2012, days after taking the call from two Australian radio DJs. Coroner Fiona Wilcox said the call was “clearly pressing on her mind” but she had had “appropriate” support. The duchess was being treated for morning sickness at King Edward VII’s Hospital during her first pregnancy.

John Lofthouse, the London hospital’s chief executive at the time, told an inquest that Mrs Saldanha was widely regarded as being caring, compassionate and committed to her role and the hospital.

The inquest had earlier heard that Mrs Saldanha blamed herself for putting the call through and was “very upset”. Summing up, the coroner said four further calls made by the radio station were almost certainly received by Mrs Saldanha.