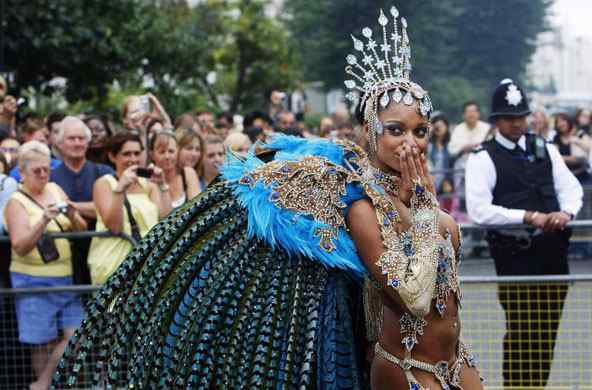 Three men were stabbed and two police officers were injured in a series of violent clashes at the Notting Hill carnival. The Metropolitan Police imposed Section 60 public order measures, giving officers powers to stop and search, in response to the stabbings, according to the BBC. 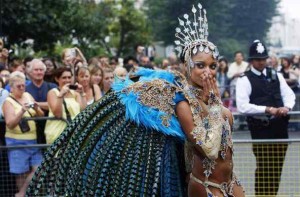 The police officers were assaulted during an attempted arrest of a man suspected of drug dealing. The Met said 261 arrests were made over the two-day street festival. of those, 157 were made on Monday and included eight people arrested for disorder at the corner of Colville Terrace and Colville Gardens, Notting Hill, in which a 29-year-old man received a serious stab wound. He was taken to hospital and remains stable, the BBC added.
“In addition, a man was arrested over the stabbing of an 18-year-old man in Southam Street, Kensington, and six men were held on suspicion of attempted murder following another stabbing. There were also 38 arrests over suspected drug offences, 24 for public disorder and 15 for possession of offensive weapons. But the number of arrests was down on last year, when 301 people were detained, and 2012 when 278 people were held.
“A 33-year-old male police officer and his 35-year-old female colleague were taken to hospital after being assaulted at the junction of Lancaster Road and St Luke’s Road at 15:15 BST.The man’s condition is not life-threatening but it is understood he was unconscious at some stage following injuries to his head and t orso. His colleague sustained torso injuries but was discharged from hospital. The decision to use the Section 60 and Section 60AA orders was taken by the commander in charge of policing on Monday evening, the BBC added.
“It was in use from 19:00 until 02:00 on Tuesday. Section 60 of the Criminal Justice and Public Order Act 1994 allows senior police officers to authorise constables to stop and search people in a specific area, either where a serious public order problem is likely to arise or has taken place, or for offensive weapons or dangerous instruments. Section 60AA gives police powers to order the removal of disguises where section 60 has been invoked, the report said