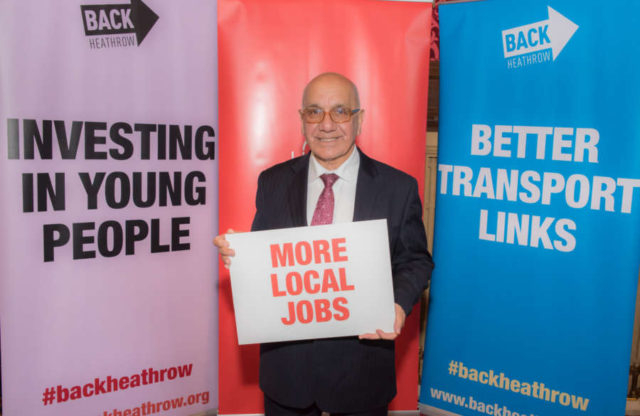 Virendra Sharma MP for Ealing, Southall, has backed building a new runway at Heathrow because of the huge number of jobs, the economic boost and the new regional connectivity that will come to West London…..reports Asian Lite News 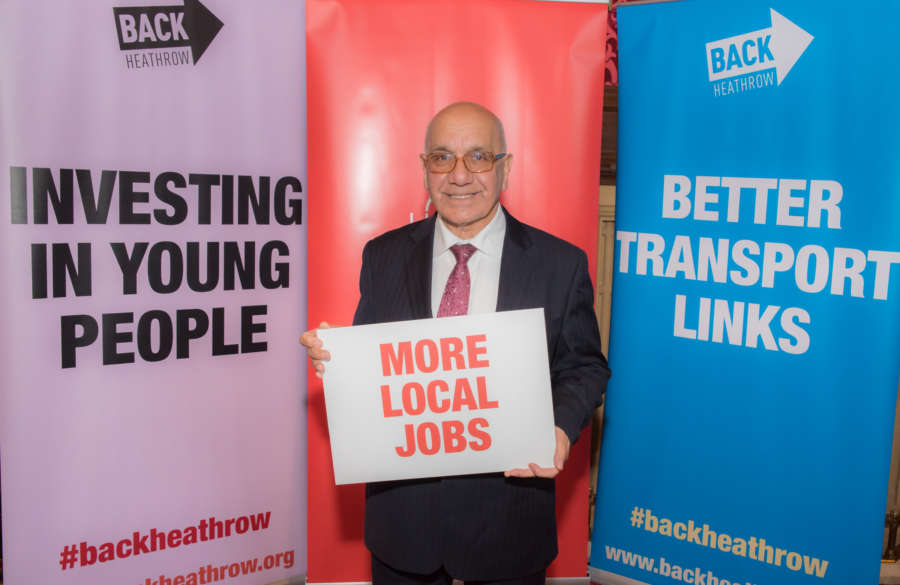 Virendra Sharma joined Unite the Union and Back Heathrow – the grassroots community campaign for expansion at Heathrow airport – at a special Parliamentary Reception on Tuesday 27th February. Heathrow will soon be centre stage in Parliament, with a key vote expected in the House of Commons before the summer recess.

An expanded Heathrow is a crucial infrastructure project that will create 180,000 jobs nationwide and 10,000 apprenticeships. It will also provide new domestic connections that will bring economic benefits to Ealing, not just London and the South East, which is why 38 other UK airports are also backing a new runway at the UK’s only hub airport.

Virendra Sharma MP said: “I think we have much to gain from a world leading hub, and I look forward to a revitalised Southall benefiting from investment driven by an expanded Heathrow.

“There is huge support for Heathrow expansion from MPs across the Labour Party and the Government has promised Parliament a vote on Heathrow expansion before the summer recess – now they need to deliver it because we can’t wait any longer. It’s time to get on with it.”

“It’s great to be working with Unite the Union and so many Labour MPs to help ensure this project is secured in a Parliamentary vote as soon as possible. It’s great to see so much backing for this campaign locally in west London and today from MPs across the country.”

Diana Holland, Unite Assistant General Secretary for Transport, said: “The future Heathrow expansion is an issue of national importance and fundamental to securing quality jobs, apprenticeships and growth – for the whole of the UK.

“Building a new runway protects jobs in aviation and will mean tens of thousands of new, high-quality jobs, not just in construction but also in a supply chain that has the potential to reach every corner of the UK.”