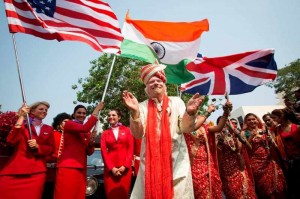 Virgin will continue to operate West Coast Main Line train services to Glasgow with a pledge to raise capacity, the government has said.

The contract has been awarded for a further two years and nine months.

It comes two years after Virgin challenged a government decision to award the rail franchise to First Group.

Virgin will invest a further £35m to update trains and provide an extra 5,500 standard-class seats each day.

The train operator will now also “start work to secure new direct services between Shrewsbury, Blackpool and London from December,” the Department of Transport (DfT) said.

At the start of the year, Virgin scrapped a plan to provide direct services to Shrewsbury from London.

Virgin had planned to start the service in May, but said proposed time slots were not “economically viable”.

In order to provide the additional standard-class seats, Virgin is converting 21 first-class carriages to standard class,

Free wi-fi will be offered at stations and improved coverage provided across the entire fleet.

Virgin will also invest £2.5m to improve the interiors of its Pendolino trains and £2.75m on improving catering facilities.