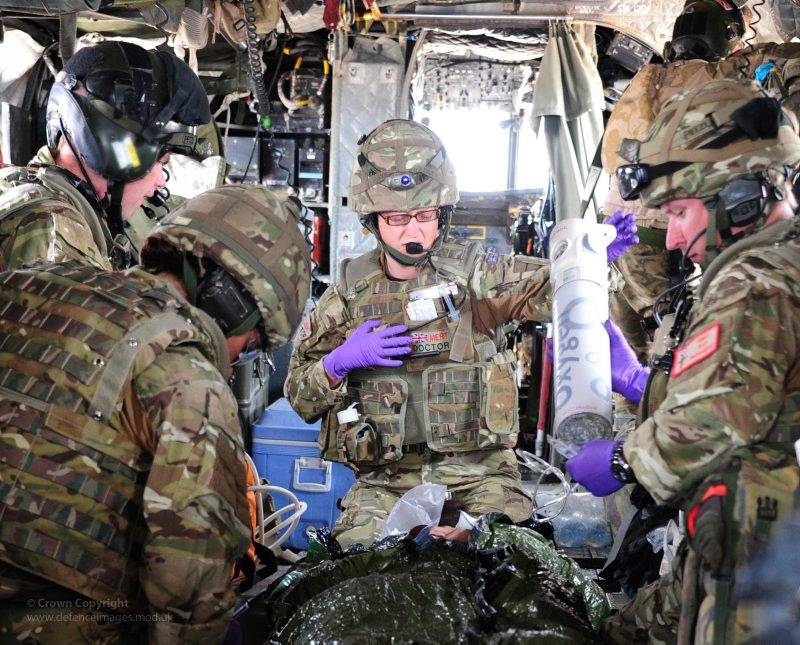 The University of Birmingham’s Human Interface Technology (HIT) team designed the high-tech solution to help medical personnel to train for battlefield incidents that require emergency medicine, often administered in the back of the helicopter.

MERT consist of a number of highly trained medical personnel and include consultants in emergency medicine or anaesthesia, emergency nurses and paramedics, providing hospital level trauma care in the back of helicopter, resuscitating and stabilising casualties and bringing them back to the deployed Field Hospital. 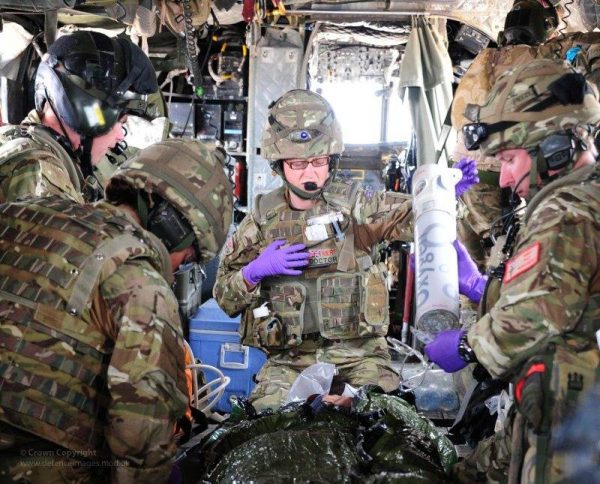 Professor Col Peter Mahoney, Consultant Anaesthetist at the Royal Centre for Defence Medicine said, “The intent behind this ground-breaking research project is for us to exploit cutting edge technologies and thinking to offer Defence Medical Services an agile and cost effective training option for future deployments.”

Professor Stone explained, “The way the teams communicated under conditions of stress and background noise, the cramped nature of the cabin, the range of medical equipment, the types of injuries experienced; all of these drove our decision to consider developing a very new Mixed Reality solution, blending the best of the virtual with actual physical elements representing the real.”

The project combines a representative human body, and inflatable ‘Chinook’ interior and Virtual and Augmented reality aspects. Given the limitations in current virtual representations of human bodies, especially those with significant representation of trauma, the team decided that this element of the simulation had to be physical.

TraumaFX, a company based in North Yorkshire, UK, delivered the Simbodie, an incredibly detailed human male model capable of being configured to represent a wide range of injuries, complete with interchangeable lower leg components representing intact limbs and traumatic amputation, and repositionable bullet wounds and lacerations.

Imagine Inflatables, based in Leicestershire, in the UK, constructed a ‘Chinook’ enclosure capable of being inflated and deflated quickly for rapid deployment and portability.

Together with replica Minigun and M60 Machine Gun models, and in conjunction with the Simbodie, the enclosure provides a constraining environment for simulator users, offering sufficient real physical space to work in tandem with the Virtual and Augmented Reality imagery to generate a believable in-flight scenario.

Using an Augmented Reality head-mounted display, trainees are able to experience interacting with a body that has both visual and haptic elements. The position of head mounted display is tracked in real time, and in six degrees of freedom, using an OptiTrack V120 optical/infrared motion capture system. This same system is used to track the end user’s hands, using small infrared markers mounted on lightweight gloves.