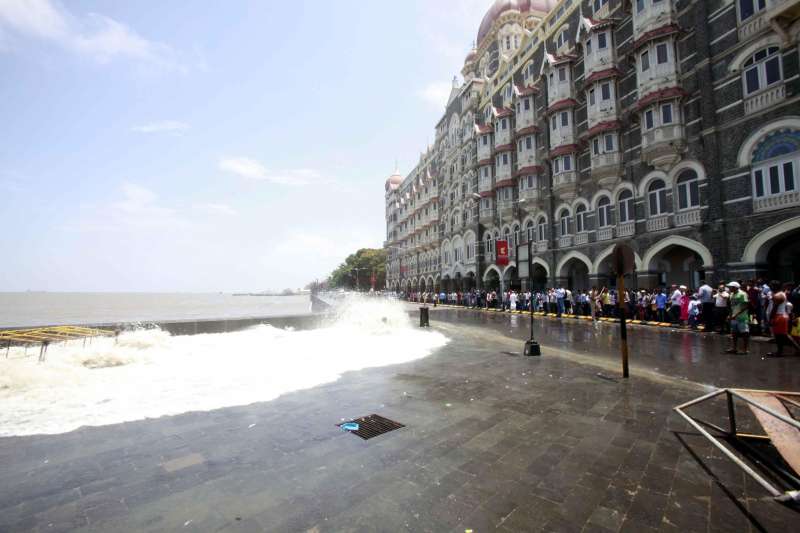 I’m mad for the BBC’s new fly-on-the-wall documentary series Hotel India(Wednesdays, 8pm), which is beautifully made and pulls off the great feat of leaving the viewer feeling deeply relaxed one moment and ragingly furious the next. In this sense, it reminds me of a trip I once made to India, during which I made like a maharani and stayed in a couple of grand hotels that had once been palaces, says Rachel Cooke, writer at New Statesman in her review. 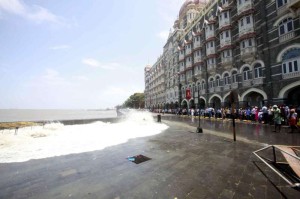 “These establishments were blissfully soothing, their towels as fluffy as clouds, their breakfasts as lavish as any banquet. But always there came a sickening moment when, following persistent questioning, someone would reveal to me that though my desert fortress had an infinity swimming pool to die for and rainforest showers in every room, the nearest village – from whence its staff invariably came – had no source of clean water at all.

One gathers that regular patrons of luxury hotels don’t worry about this kind of stuff – or, if they do, they absolve themselves by offering the nearest beggar the disposable slippers they find by their bed every night. I’m not joking. On the street outside the Taj Mahal Palace Hotel in Mumbai, the subject of this series, there lives a family. Their bed is the pavement; their wardrobe is a laundry bag hidden in the nearest hedge. The family makes its living selling strings of jasmine to hotel guests, in return for which they receive money – enough for food but little else – and, sometimes, a pair of slippers. “Do they think we can wear these slippers outside?” asked one of the family, through a translator. If she was bewildered, her smile never dimmed, she adds.

‘Then there are the VIP guests who never leave the hotel, or even their rooms. We saw preparations for the arrival of one of these, a fellow who’d booked the Taj’s biggest suite. The staff were excited, determined to get his drinks order exactly right (extra-dry Martini, Gordon’s gin, absolutely noBacardi) and to ensure that he could eat wherever he liked (in anticipation, a table had been booked in every restaurant in the hotel, and Chef was ready with his tiffin box should room service be required). Naturally, he would want to try curry . . . wouldn’t he? The red carpet was rolled out, vacuumed at least 800 times, and the VIP duly strolled its pristine expanses. But once installed in his eyrie, he preferred to have his own chef prepare his dinner. Yes. I shouted that word at the telly, too.

The Taj Mahal Palace, which looks like the bastard child of Sandringham and St Pancras Station, is India’s biggest and most epically decadent hotel (it was also, in 2008, the scene of terror attacks, though no one has yet made mention of this). When it opened in 1903, it was the first in the country to have a licensed bar and electricity. Its 1,500 staff, 200 of whom have worked there for more than 35 years, have a desperate loyalty to it that fair breaks the heart, she  adds.

“The flagrant topsy-turviness of it all came at you in great, repulsive waves: the guests who arrive with butlers, who are then appointed butlers of their own by the hotel; the guests who spend winter there, having fled chilly Europe, who then complain of time “dragging”, when outside a vast and amazing country is waiting to be explored; the guests who hold dinner parties in their suites, having brought with them from Dubai precious, exotic-flavoured nuts in sealed packets, and who then expect the staff to lie about the nuts’ provenance if someone complains of their stale taste (a butler lavishly apologised on the Taj’s behalf so as not to cause the host any embarrassment),” she adds.