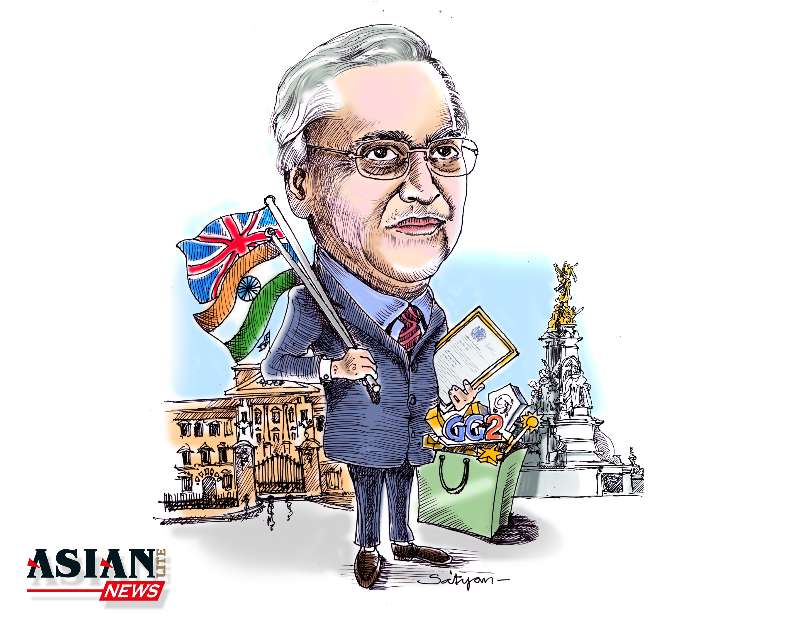 Within 100 days, Britain is going to elect the next government. It will be a tough fight in between Conservatives, Labour and other national parties. There are many issues at stake. Who is best for the Asian community? Who is sharing and respecting our values? The Conservative Government led by Prime Minister David Cameron, and ably supported by a Chancellor George Osborne, has already demonstrated its ability to rescue an economy in turmoil. It is now growing faster than any of the G7 economies. Employment is up, wages up, inflation low, interest rates low and the deficit is being reduced…writes Dr Rami Ranger

Why should we vote for the Conservative Party at the next general election in May this year? This is a question voters must ask when it comes to electing their next government to serve them.

Companies in question need to demonstrate that they are not only offering quality but also outstanding value for money.

Similarly, political parties must also demonstrate that their policies are good for the people as well as for the country in the wider world. If we make the wrong judgement then only we will suffer and no one else.

In an ever shrinking world, no country can run its economy in isolation. It has to ensure that its citizens can compete with the best in the world. People can buy products and services from around the world which are of good quality and competitively priced. There is a limit to loyalty. No one will pay more for an inferior product even if they believe in buying British. No government can offer public services to the people which are not sustainable by the economy. Our National Health Service can attract more investment when the economy is strong and growing.

So why will I be supporting the Conservative Party? First and foremost, the Conservative Party encourages individuals to take charge of their own affairs more and more and reduces the size and interference of the state thereby enabling democracy to function effectively. More importantly, we have a stark choice, either we allow the majority Conservative government to finish the work it started five years ago or go back to the same old boom and bust scenario where the government creates jobs the nation does not need and spend money which the nation does not have for a temporary feel good factor.

No one can afford to eat a cake before baking it. The Conservative’s policies are simple and straight forward: that a nation must live within its means and never leave our next generation with a debt ridden country as Labour governments has always done. A short term temporary gain for a few becomes long terms losses for the nation. It is as simple as that.

The Conservative Government led by Prime Minister David Cameron, and ably supported by a Chancellor George Osborne has already demonstrated its ability to rescue an economy in turmoil. It is now growing faster than any of the G7 economies. Employment is up, wages up, inflation low, interest rates low and the deficit is being reduced.

We all know the Labour leader was elected by Union votes and as a result, the Unions may determine the fiscal policy of the country with disastrous consequences if elected to run the country.

Can we afford a government which envies success and taxes ambitions? People work hard all their lives and pay tax on what they earn and then again on what they spend. To tax them again with so called Mansion Tax is below the belt to say the least. Once the tax starts on a £2 million property and then goes down to £1 million and so on. All those who now live in a £500,000 house will be caught in the trap with appreciating house prices. There is always a great deal more to Labour policies than meets the eye. Besides, their modus operandi is to rob Peter to pay Paul for votes and not help Paul become as successful as Peter.

The biggest strength of a nation is her people and the role of any good government should be to unleash their power and not to control it. Labour by creating a dependency culture damages the greatest strength of our country for temporary gains.

As an Asian I will urge my fellow Asians that they should elect the right government for Britain and that is a Conservative government. We are no longer a struggling community looking for handouts. The only reason we have generally done well is because we did not wish to live off state benefits as they are meant for the weak and vulnerable in society. We came to the UK as economic migrants because we wanted an opportunity to make the best of our lives. We worked hard, progressed and cemented our place in British society, industry and now even politics. They told us that we were masters of our own destiny which is exactly what we wanted but with an adequate safety net of state support if all else failed. The Conservative party shares our values and supports what we want in life and is the right choice at the next election.