Mitch Winehouse, the father of Amy Winehouse, will officially launch a drug and alcohol education programme at Brent Civic Centre on Tuesday.

The programme, run by the Amy Winehouse Foundation, will be launched in Brent Secondary Schools from September 2014.

The Amy Winehouse Foundation has received funding from the Big Lottery Fund to offer this programme which is called the Resilience Programme.  They are working in partnership with Addaction Drug & Alcohol Service to bring the service to Brent. 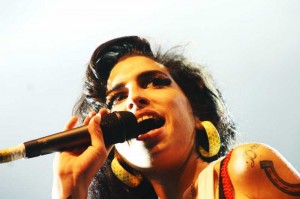 Councillor Krupesh Hirani, Lead Member for Health and Well-being said: “We’re really excited that the resilience programme is being rolled out across Brent secondary schools in partnership with the Amy Winehouse Foundation from the start of the next academic year. We hope that both students and parents can learn from this programme and that we can make a real impact into educating our youngsters about drug and alcohol misuse”

Winehouse was an English singer-songwriter popularly known for her deep contralto vocals and her eclectic mix of musical genres, including soul, rhythm, blues, jazz and reggae.

Her 2003 debut album, Frank, was a critical success in the UK and was nominated for the Mercury Prize. Her 2006 follow-up album, Back to Black, led to five 2008 Grammy Awards, tying the record at that time for the most wins by a female artist in a single night, and made Winehouse the first British female to win

After years of abusing drugs, then alcohol, Winehouse died of alcohol poisoning in July 2011. Her album Back to Black posthumously became the UK’s best-selling album of the 21st century.