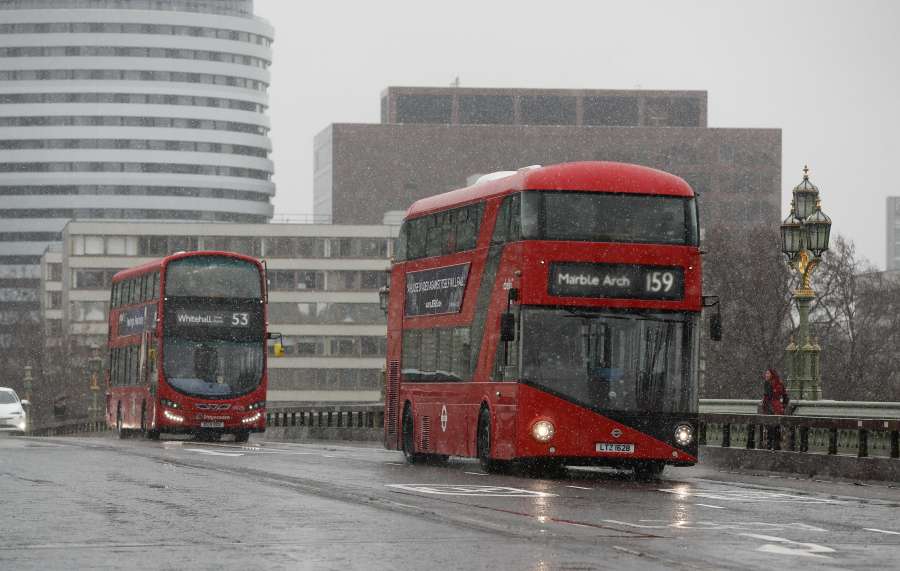 At least three people were killed as winter storm Eleanor swept across Europe causing widespread disruption, leaving thousands of homes without power and bringing transport links to a halt.

Two people drowned on Spain’s northern Basque coast on Wednesday after being swept away by a huge wave and a skier was killed by a falling tree in the French Alps, the BBC reported on Thursday.

For the first time, the Dutch authorities shut all five of its major sea barriers. Two later reopened. Gusts of more than 110km/h were recorded at Amsterdam airport where hundreds of flights were cancelled.

Fifteen people were injured in incidents across France and winds of up to 147km/h were recorded. In Paris, the Eiffel Tower was closed because of the strong winds. Parks were also shut.

In Switzerland, strong wind blew a train carriage off its tracks, injuring eight people. Some 14,000 homes in the country were left without power and record wind gusts of 195km/h were recorded near the city of Lucerne.

Several people were stranded in a ski lift in St. Gallen canton. The high winds overturned a light airplane in Stans and snapped the 13-metre-high Christmas tree in Bern.

The storm has also swept over parts of Germany and Austria, where about 20 skiers had to be rescued from cable car in Kitzbühel after a gust dislodged an empty car from its mooring, the media said.

Belgium was put on “orange” alert, the third of four warning levels, with officials urging people to be cautious when going out because of falling tree branches and other flying objects.

In the UK, thousands of homes were without power and travel was disrupted after the storm hit. The Met Office recorded gusts reaching 160km/h overnight on Wednesday with a weather yellow warning still in place for Wales, England, most of Northern Ireland and parts of southern Scotland.

Coastal towns and villages in north Cornwall were among the worst hit in Britain. The storm was responsible for damaging harbour facilities and both cars as well as properties were flooded in the county.

In Ireland, there was flooding, travel disruption and damage to buildings.