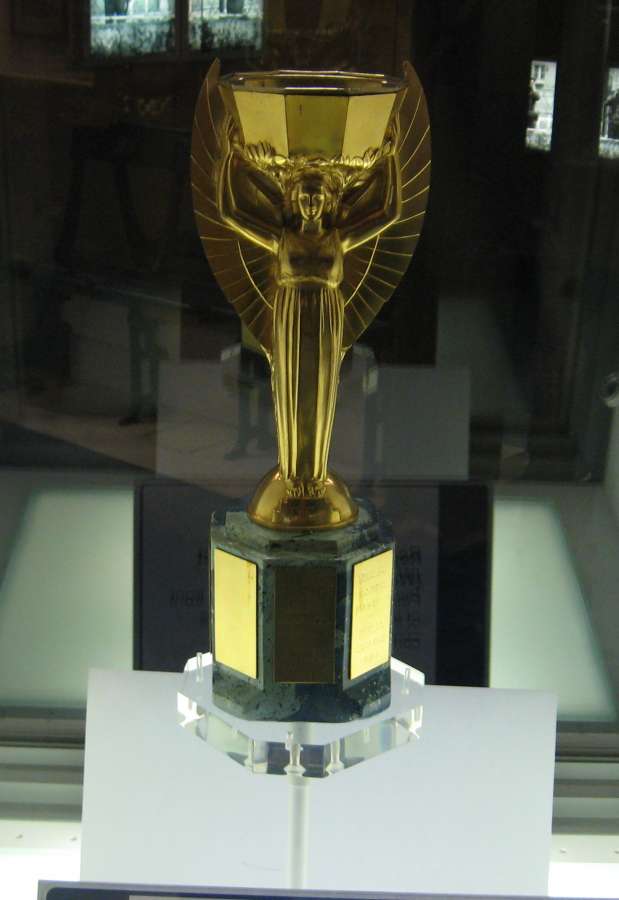 To mark the 50th anniversary of England’s legendary football World Cup win the V&A will exhibit – for one day only – the infamous 1966 Jules Rimet Trophy as part of a weekend of special programming celebrating the 1960s. The two days of free talks, displays and events will take place in anticipation of the major exhibition You Say You Want a Revolution? Records and Rebels 1966 – 70, which opens in the autumn.

On Saturday 30 July key figures from the period and cultural historians will explore the decade that changed the world with talks on subjects ranging from Swinging London in 1966, an interview with Annie Nightingale, the influence of radio on 1960s counterculture and the story of LSD. There will also be a rare opportunity to see objects from the EMI Archive including 1960s posters, LPs. V&A curators will give an introduction to forthcoming exhibition You Say You Want a Revolution? Records and Rebels 1966 – 70, which explores the era-defining significance and impact of the late 1960s on life today. In collaboration with the BBC Music My Generation season which is telling the story of popular music through the decades, BBC Four’s People’s History of Pop team will be stationed at the V&A for the day, inviting the public to bring along their own music memorabilia from the 1960s to the present day to be photographed and uploaded to the series’ website. Live reports from the day will be broadcast across shows on BBC Radio 2 and BBC Radio 6 Music.

On Sunday 31 July the Museum will focus on football and the World Cup in 1966. The 1966 Jules Rimet Trophy will be displayed in the V&A’s Raphael Gallery alongside an original leather ball from the final match. Throughout the day there will be informal, drop-in talks from curators and experts on subjects ranging from trophy design to footballing culture in 1966 and football board games.

The original Jules Rimet trophy was made for the first 1930 Federation Internationale de Football Association (FIFA) World Cup. In 1966, it was famously stolen ahead of the tournament and then a week later discovered wrapped in newspaper underneath a garden hedge in South London, by a dog named Pickles. England went on to win the trophy and lift the original cup at Wembley. In response to security concerns, the Football Association (FA) then commissioned a duplicate cup from the silversmith George Bird to be used at public occasions, despite FIFA explicitly denying them permission to make a copy. The new trophy was swapped for the original immediately after the final, and was used for four years by the England team and players, as they displayed their status as World Champions. The original Jules Rimet trophy was returned to FIFA for the

next World Cup in 1970. The duplicate, which was not meant to exist, was hidden for many years under its creator’s bed. In 1983, the original cup was again stolen, this time from display in Brazil, and has never been recovered. In 1997, the duplicate cup was purchased by FIFA, and it is today

displayed at the National Football Museum in Manchester. V&A Deputy Director Tim Reeve said “This duplicate is the closest anyone can get to seeing the trophy Bobby Moore lifted at Wembley 50 years ago. I am looking forward to England winning the 2018 World Cup in Moscow and hopefully the V&A will be able to exhibit the new World Cup. Until then I encourage every England supporter to drop by the V&A on Sunday 31 July for this unique opportunity to see the trophy up close in London.” 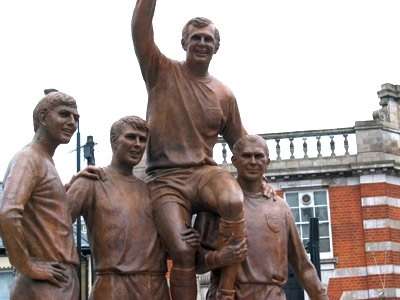 Director of the V&A’s Department of Theatre and Performance Geoffrey Marsh says: “On the 50th anniversary of England winning the World Cup we’re delighted to be inviting people to the V&A over the weekend to celebrate the impact of the 1960s – a decade that has had an extraordinary

impact on our lives today. Be sure to bring your music memorabilia down to the Museum on Saturday for the BBC People’s History of Pop team to see – anything from ticket stubs to t-shirts!”