Home TOP NEWS ‘Writer is a writer, not an activist’
Advertisements

Marlon James, the first Jamacian to win the Booker Prize, says writers should stay away from activism. Preetha Nair meets the writer at JLF 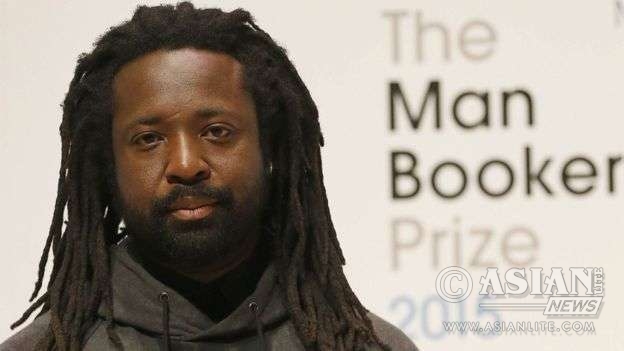 Writers run the risk of didacticism if they turn into activists, says Marlon James, the first Jamacian to win the Booker Prize in 2015.

“I think the writer enters a dangerous zone by becoming an activist. Didacticism will destroy a book. Writers should try to do their job and let activists do theirs,” he told IANS on the sidelines of the the ninth edition of Jaipur Literature festival.

James, a professor of English at Minnesota’s Macalester College, feels writers need to strike a balance when it comes to dealing with social issues.

He won the Booker Prize for “A Brief History of Seven Killings”. The novel, set in the 1970s and 1980s, is based on the story of an assassination attempt on reggae star Bob Marley. The book explores the turbulent political situation in Jamaica and the West during that period,

“It’s not really about Marley. It’s about what happened to the man who tried to kill him and all the people whose life got affected by the assassination attempt,” says James.

The book is told through fifteen characters including gunmen, dons, and politicians. Interestingly, the author hasn’t mentioned Marley by name. But what led to the book?

“I was curious about the assassination attempt on the singer in 1976. Nobody talked about it. Being a writer, I was attracted to the holes in the story, to the unanswered questions and to fill in the gaps,” he said.

James says his literary sensibilities were formed in Jamaica though he moved to the US later for work. And he is not quite sure how his book would be accepted in India as it had explicit scenes of sex and gore.

“I have noticed that in India, writers face censorship. My book is quite explicit. I don’t know how it will be accepted,” he adds.

Though there is no direct censorship in Jamaica, he feels that the country still harboured an outdated Victorian sense of morality.

“Writers keep writing without caring much about consequences. It’s our hope. The balancing of freedom and censorship is a very slippery slope,” he feels.

How has life changed after Booker? “People give importance to what I say now. If I put something on Facebook, it becomes the headline of The Guardian,” he chuckles.

His next book, will be an ‘African Game of Thrones’, set within the continent.

“I was sick of arguing about whether there should be a black hobbit in the ‘Lord of the Rings’. The book will be drawn from the African folklore that is rich and diverse,” he said.

A big fan of Salman Rushdie, he loves many Indian authors. “I have too many favourite Indian writers. I am a fan of Amitav Ghosh, Amitava Kumar and Jeet Thayil among many others,” said James adding that he admired Anuradha Roy’s book, the Indian contender in the Booker race.