Pupils from Birmingham continue the legacy of World War I as part of a new heritage initiative, reports Asian Lite News

Young people across Birmingham have been exploring some of the influential peace campaigns that were active in the city during and after World War 1, in a new project by leading arts and heritage organisation Sampad.

Funded by the National Lottery through the Heritage Lottery Fund, “Words of Peace” has been encouraging a new generation to debate and discuss the themes of war and peace while helping them to find out more about people and places associated with local pacifist movements.

As well as learning about local peace initiatives associated with the Great War, primary, secondary and 6th form pupils have been expressing their own thoughts and feelings about war, using creative writing and physical movement. 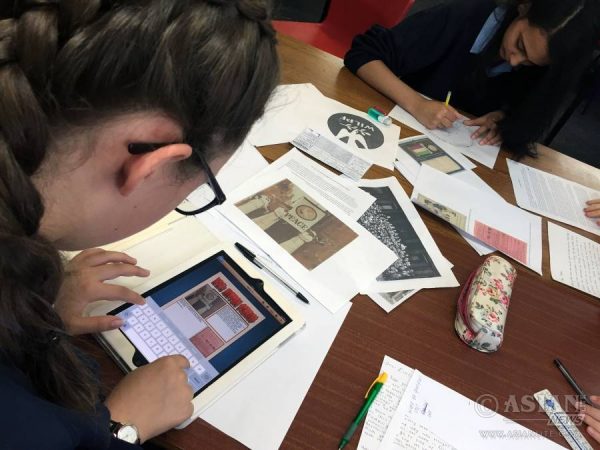 The students will now come together to share their learning and experiences at a special ‘Words of Peace’ celebration event on Tuesday 12 July at St Thomas’ Peace Garden in Birmingham City Centre.

One of the event’s key highlights will be the union of 150 peace pledges created during the project, which will be installed by the participants onto a specially sculpted ‘peace tree’ that will go on to tour to schools in the region.

Words of Peace also received support from the Harry Payne Fund, administered by Heart of England Community Foundation. The Fund was set up in 1939 by Harry Payne, a Birmingham businessman with a strong faith, whose pacifist beliefs led to him being imprisoned during the First World War as a conscientious objector. To connect them with Harry’s legacy, pupils will have a special opportunity to meet and interview his grandson Donald Payne at the event and find out about Harry’s life and work.

They will also watch a short theatrical dance piece from the workshops, exploring the concepts of peace and war through South Asian dance movement, created and performed by Anusha Subramanyam and inspired by leading peace advocates of the past including Mahatma Gandhi and renowned Nobel Prize winner Rabindranath Tagore. 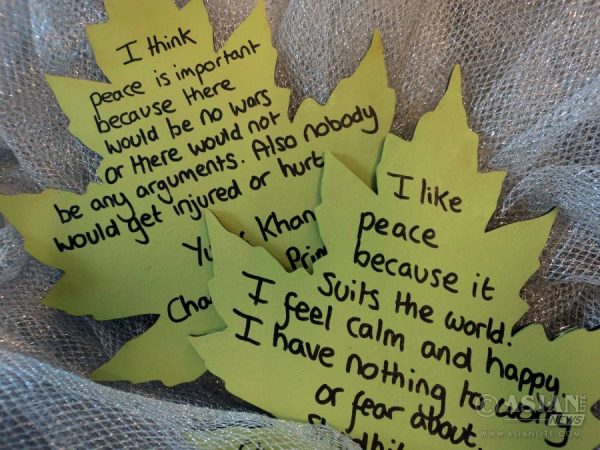 In addition, they will have a chance to take part in activities that will allow them to uncover the history of St Thomas Peace garden itself.

The research that has been gathered during Words of Peace will be used within new learning packs which can be used by schools throughout the country. Sampad is now looking for community volunteers who will be trained to explore local First World War archive materials as part of the project.