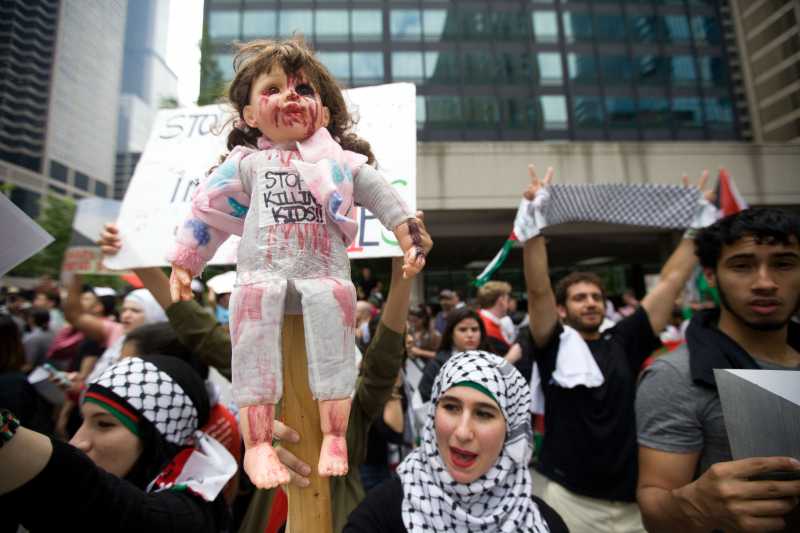 The UN Relief and Works Agency for Palestine Refugees in the Near East (UNRWA) condemned Israel’s killing and injuring refugees, including children in their sleep and women in a UN designated shelter in Gaza, as a “serious violation of international law by Israeli forces” and as “a source of universal shame”.

“Last night, children were killed (by Israeli forces) as they slept next to their parents on the floor of a classroom in a UN designated shelter in Gaza,” Pierre Krahenbuhl, UNRWA Commissioner-General Pierre Krahenbuhl said in a statement on the agency’s website.

“Children killed in their sleep; this is an affront to all of us, a source of universal shame. Today the world stands disgraced,” he added.
Krahenbuhl said that the precise location of the Jabalia Elementary Girls School and the fact that it was housing thousands of internally displaced people was communicated to the Israeli army 17 times, to ensure its protection, the last being at 10 to nine last night (Tuesday), just hours before the fatal shelling”.
“We have visited the site and gathered evidence. We have analysed fragments, examined craters and other damage. Our initial assessment is that it was Israeli artillery that hit our school, in which 3,300 people had sought refuge,” UNRWA commissioner-general said.
“We believe there were at least three impacts. It is too early to give a confirmed official death toll. But we know that there were multiple civilian deaths and injuries including of women and children and the UNRWA guard who was trying to protect the site. These are people who were instructed to leave their homes by the Israeli army.
“I condemn in the strongest possible terms this serious violation of international law by Israeli forces.
“This is the sixth time that one of the schools has been struck. Our staff, the very people leading the humanitarian response are being killed. Our shelters are overflowing. Tens of thousands may soon be stranded in the streets of Gaza, without food, water and shelter if attacks on these areas continue,” Krahenbuhl added.
UNRWA is a United Nations agency established by the General Assembly in 1949 and is mandated to provide assistance and protection to a population of some five million registered Palestine refugees.
Its mission is to help Palestine refugees in Jordan, Lebanon, Syria, West Bank and the Gaza Strip to achieve their full potential in human development, pending a just solution to their plight. UNRWA’s services encompass education, healthcare, relief and social services, camp infrastructure and improvement, and microfinance.
UNRWA says the financial support for its operations has not kept pace with an increased demand for services caused by growing numbers of registered refugees, expanding need, and deepening poverty.
As a result, the agency’s General Fund (GF), supporting its core activities and 97 per cent reliant on voluntary contributions, has begun each year with a large projected deficit. Currently the deficit stands at $69 million.