Riding on stupendous growth in its commercial Cloud services, Microsoft logged a revenue of $32.5 billion — up 12 per cent from a year ago — and a net income of $8.4 billion for the quarter ending on December 31…reports Asian Lite News 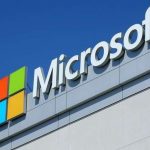 The commercial Cloud business registered $9 billion in sales for the quarter, for a $36 billion annual run rate.

“We are delivering differentiated value across the cloud and edge as we work to earn customer trust every day.”

The revenue from Surface laptops increased 39 per cent. The company released Surface Pro 6 and Surface Laptop 2 during the quarter, along with Surface Studio 2 and Surface Headphones.

Revenue in personal computing was $13 billion and Surface is now almost a $2 billion business for Microsoft.

The revenue in productivity and business Processes was $10.1 billion and increased 13 per cent.

Gaming revenue increased 8 per cent, with Xbox software and services revenue growth of 31 per cent.

Hardik Pandya takes a knee in support of BLM