Home Science Flight through Venus in the offing
Advertisements 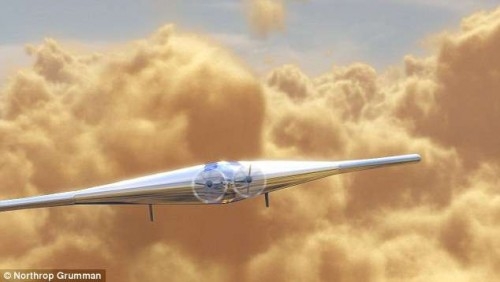 A Virginia-based global aerospace company is planning to build a plane that will fly through Venus’s atmosphere in 2021.

Gearing up to enter NASA’s New Frontiers planetary science competition, Northrop Grumman Corporation is developing the inflatable, propeller-powered aircraft for a years-long cruise in the skies of Venus, Space.com reported.

The plane, that will have almost twice the wingspan of a Boeing 737, is part of the Venus mission concept called Venus Atmospheric Manoeuvrable Platform (VAMP).

It will sample the acidic alien atmosphere on Venus.

The firm aims for $1 billion of NASA funding to get its inflatable propeller aircraft off the ground.

Vamp would have a wingspan of 46 metres – almost twice the size of a Boeing 737 – with an estimated top speed of 220 kms an hour.

On board would be up to 200 kg worth of instruments such as cameras and atmospheric samplers.

It would be flown 50-70 km above the surface of Venus, in a region of the atmosphere where the pressure is roughly equal to that on the Earth.

The plane would be carried to Venus by a spacecraft. The ground temperature on Venus – Earth’s superheated sister planet – hovers around 460 degrees Celsius.

“Surviving on the surface for any longer than four hours and getting high-resolution data is a challenge,” Constantine Tsang from Southwest Research Institute in Boulder, Colorado was quoted as saying.

A series of Russian probes sent to the planet in the 1960s, 70s and 80s, known as the Venera spacecraft, were able to survive no more than a few hours on the surface.

The next New Frontiers competition is set to begin in the 2016 fiscal year that starts from October 1.

“The winning mission would have to be ready for launch around 2021,” Jim Green, NASA’s director of planetary science, had said in an earlier statement.