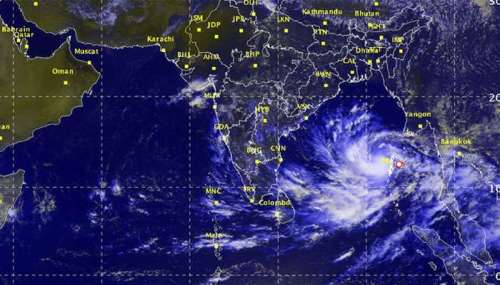 The cyclone, which weakened to a tropical storm shortly after making landfall in Queensland, has spread south to New South Wales with strong winds and torrential rain, as authorities strive to evacuate thousands, Efe news reported.

The rising tide has affected towns such as Lismore, Murwillumbah and Tweeds Head and cities like Logan, and the tourist hub of Gold Coast.

Emergency services are experiencing difficulty in reaching the affected areas by boat, while air transport is also hampered by winds of 50 to 90 km per hour on the north coast of New South Wales, where there are about 10,000 homes without power.

“There could be people overnight that perished in that flood, we don’t know at this stage,” New South Wales State Emergency Service Deputy Commissioner Mark Morrow told ABC.

The clean-up works, the delivery of aid and the restoration of basic services continue in northern Queensland, where on Thursday the body of a bull shark was found near the town of Ayr, and on Friday a huge dead snake was found.

According to Queensland’s Premier Annastacia Palaszczuk, some 50,000 people are without power in the regions of Bowen, Mackay and Whitsunday as the cyclone damaged more than 600 power lines.

Authorities are also evaluating the economic impact of the cyclone – declared as a catastrophe by the Insurance Council of Australia – on tourist and agricultural sectors.

Debbie has been the most powerful cyclone to hit Australia since Yasi in 2011.