A zookeeper by profession, Irwin achieved worldwide fame from his television series “The Crocodile Hunter”. A typical “Aussie” mate, who would have been 57 on this day, created the runaway hit show that was seen in more than 100 countries by over 500 million people.

Doodle guest artist Shanti Rittgers created the slideshow of six images that told the story of Irwin, who inherited his love for the reptiles from his parents Lyn and Bob Irwin when they gave him an eleven-foot python for his sixth birthday, the Google blog post said.

Irwin who was born in Melbourne suburbs in 1962 named his first slithery friend Fred and later went on to introduce a whole new generation to reptiles, which could also be loved.

Through his work at the Australia Zoo and his popular TV series Irwin and his family and even his future generation dedicated their lives to the preservation and appreciation of Earth’s wildlife and wild places.

During the early 1970s, father, mother and Steve Irwin moved to the Sunshine Coast in Queensland and opened the Beerwah Reptile Park that has an annual footfall of seven lakh.

Learning to wrestle crocodiles since the age of nine, Irwin volunteered with Queensland’s “East Coast Crocodile Management Program”, helping to capture and relocate endangered saltwater crocodiles-the largest of all living reptiles-to protect them from being harmed.

He was involved in all aspects of managing his family’s park, which was renamed Queensland Reptile and Fauna Park, and eventually the Australia Zoo.

Soon after taking over the park’s management, Irwin met his future wife Terri who was visiting the zoo. They spent their honeymoon capturing crocodiles, and the footage they shot became the first episode of “The Crocodile Hunter”.

Thanks to the show, Irwin’s enthusiasm for saving endangered (and dangerous) animals quickly became as popular as his one-word catchphrase “Crikey!” It was also a family effort — while Steve and Terri hosted the show together, their children Bindi and Robert became fixtures on the show as well.

On September 4, 2006, Irwin was on location at Batt Reef in Queensland, taking part in the production of the documentary series Ocean’s Deadliest when while snorkelling in shallow waters he was approached by a short-tail stingray.

Trying to film it for his daughter’s television programme, while swimming in chest-deep water, Irwin was stabbed by the giant marine creature.

According to the incident’s only witness: “All of a sudden the stingray propped on its front and started stabbing wildly with its tail. Hundreds of strikes in a few seconds”. Irwin initially believed he only had a punctured lung. However, the stingray’s barb pierced his heart, causing him to bleed to death.

The stingray’s behaviour appeared to have been a defensive response to being boxed in. Crew members aboard Irwin’s boat administered CPR and rushed him to the nearby Low Isles where medical staff pronounced him dead.

Irwin’s death is believed to be the only fatality from a stingray ever captured on video.

Irwin’s wife has shared her thoughts with Google: “Steve Irwin was a loving father and husband who dedicated his life to protecting wildlife and wild places… He was best known for his rescue and research work with endangered saltwater crocodiles, the closest living relative of the dinosaurs, now the largest reptiles on earth.

“Today we continue his mission by working to overturn recent legislation in Queensland which allows crocodile egg harvesting from vulnerable crocodiles in the wild to support the commercial leather trade. Steve’s legacy will definitely live on.”

Today, Irwin’s legacy lives on through his family’s continued animal conservation work and with the celebration of Steve Irwin Day each November 15 — an international celebration of wildlife, family, and fun including fundraising events to benefit the Australia Zoo’s Wildlife Warriors programme.

In 2001, the Australian government awarded Irwin the Centenary Medal for a lifetime of service, and in 2004 he was nominated for Australian of the Year. In 2018 he was also posthumously awarded a star on the Hollywood Walk of Fame. 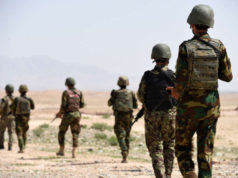