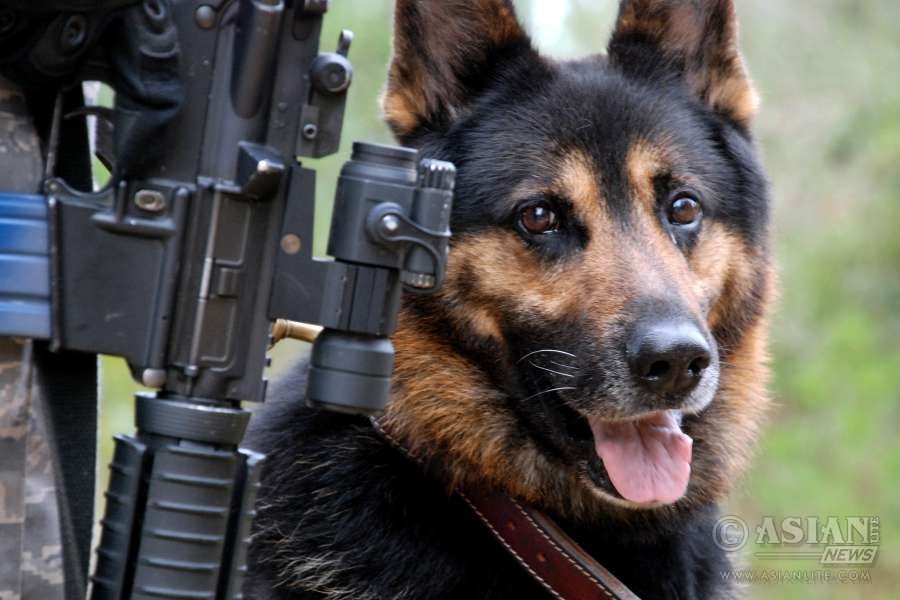 A US Marine Corps’ German shepherd that lost a leg sniffing out a roadside bomb in Afghanistan was awarded the world’s highest honour for service dogs.

Lucca, who served US troops during more than 400 missions in Iraq and Afghanistan over a six-year span, received the People’s Dispensary for Sick Animals (PDSA) Dickin Medal at the Wellington Barracks in London.

Lucca is the first Marine Corps dog to receive the medal, considered the top honour for war animals around the world, Fox news reported.

Her handler, Gunnery Sergeant Christopher Willingham said it was an “incredible honour” to receive the award from the veterinary charity.

“It is very humbling to be part of this entire process,” he said. “I think more importantly is that Lucca’s accomplishments are going to help bring awareness and recognition to all our military working dogs and their handlers.”

There were no human casualties during Lucca’s bomb-sniffing patrols. Her career ended in March 2012 when she lost her leg and suffered chest burns from a bombing in Afghanistan’s Helmand province.

Willingham, who now takes care of Lucca in California, said he tries his “best to keep her spoiled in her well-deserved retirement”. He travelled to London to accept the medal on Tuesday.

Since the medal was introduced in 1943, it has been awarded to dozens of dogs and World War II messenger pigeons, as well as three horses and a cat.

Diesel, a French police dog who was killed in the raid to capture terrorists behind the deadly November 13 Paris attacks, will also receive the medal this year.