It was red all the way when, for her second appearance on the Cannes International Film Festival red carpet, Indian actress Katrina Kaif chose a ravishing red Elie Saab gown matched with red lips. Highlighting her eyes in tones of taupe while lining them with a black liner, Katrina gave finishing touches to her makeup with perfectly contoured cheeks and sleek middle parted hair, said a statement from L’Oréal Paris, which she is representing at the international gala.

Actress Sonam Kapoor, who will be gracing the red carpet soon as L’Oreal Paris brand ambassador too, has applauded Katrina’s style statements at Cannes.

“Katrina knocked it out of the park and looked absolutely gorgeous. I hope we get a chance to walk together next year,” she said.
Katrina, who was making her debut at the Cannes gala this year, even flashed her million dollar smile for fans and waved out to them before heading to the red carpet on Thursday. 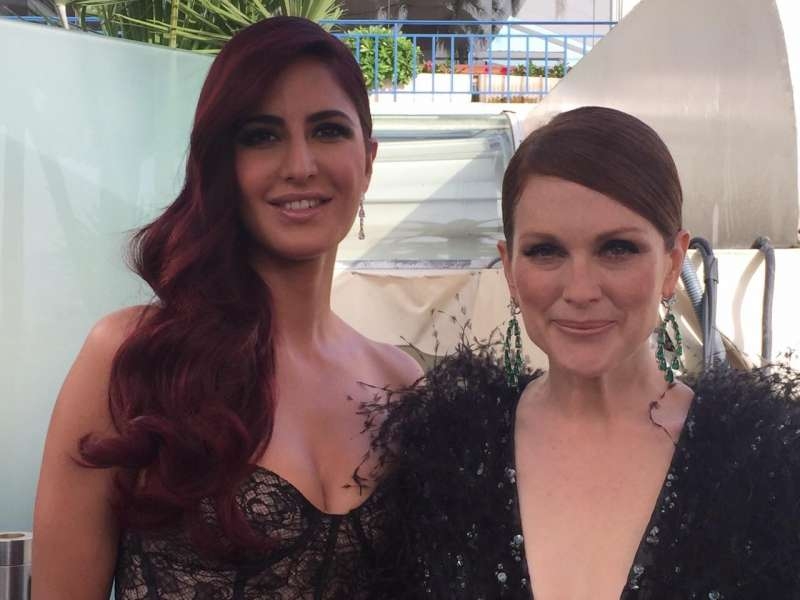 Katrina and Julianne chose scarlet as the colour for the day, wearing gorgeous flowing gowns in the same hue pairing them with bright red lips. Fan Bing Bing upped the ante with her grey gown adorned with floral appliques, while Watts was a picture of elegance in her off-shoulder Ralph Lauren gown paired with nude makeup and sparkling diamonds.