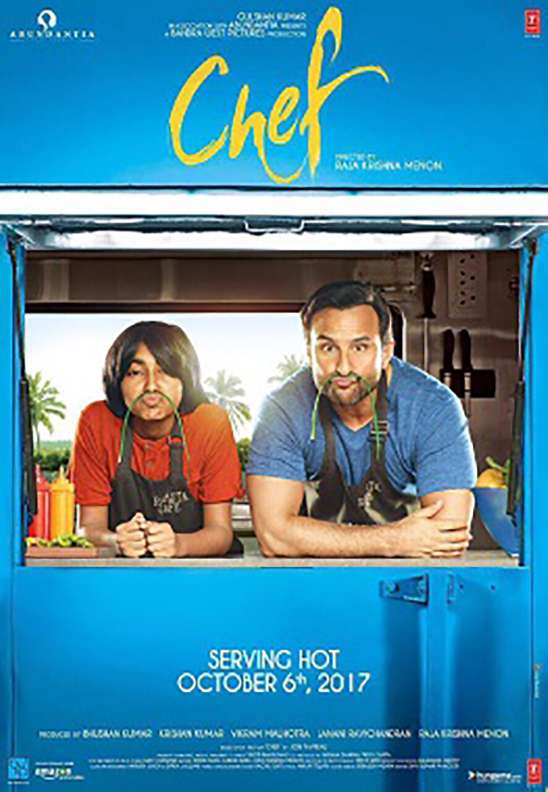 “When we started, Saif was very worried about my expectations from him in terms of being able to chop and cook like a masterchef. During the training that started with the basics and went all the way to plating Michelin star dishes, Saif began to really enjoy cooking,” Menon said in a statement.

From cutting and chopping vegetables and kneading dough to actually rustling up dishes like pastas and Rotzza’s (the main food item sold on the food truck in the film), Saif has managed to do it all.

The actor trained for close to four hours everyday, over a period of a month, with Chef Himanshu and his team at the JW Marriott kitchen here.

“Cooking has now become a part of who he is today. Saif discovered his inner chef through this film. I was quite content to see his transformation from someone who has never cooked to that of a professional chef,” said Menon.

“Chef”, presented by Gulshan Kumar in association with Abundantia Entertainment is a Bandra West Pictures Production.

The film, produced by Bhushan Kumar, Krishan Kumar, Vikram Malhotra, Janani Ravichandran and Menon, is slated to release on October 6.